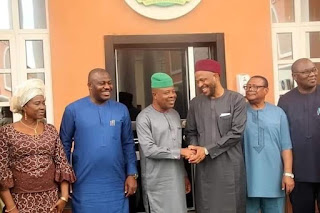 Nwajiuba from Nsu, in Ehime Mbano LGA, Imo state was appointed by the president of the Federal Republic of Nigeria as minister in the federal executive council.

The former member of the House of Representatives and Chairman TETFUND is expected to partner and collaborate with the government of Imo State in ensuring that quality and standard of education of Imo children are guaranteed. 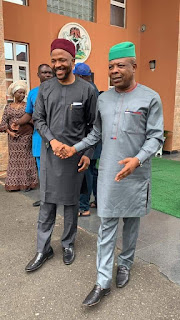 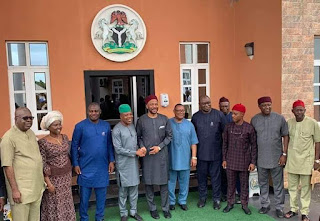 The Governor made this known to the media through a press statement signed by his chief press secretary, Mr Chibuike Onyeukwu

He said: "On behalf of the people of Imo State, we extend our gratitude to Mr. President for appointing Hon. Nwajiuba as a Minister”, he said.

To Nwajiuba, Governor Ihedioha reiterated, "your trajectory from the House of Representatives to your appointment as a Minister is well appreciated by the people of the State. You are a son in whom we are well pleased"
NEWS POLITICS