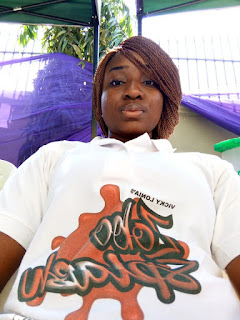 
I looked around me and wondered, 'what do I do now? What kind of business can I venture into that would give me quick money?' 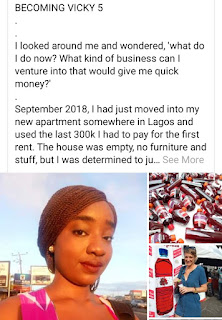 September 2018, I had just moved into my new apartment somewhere in Lagos and used the last 300k I had to pay for the first rent. The house was empty, no furniture and stuff, but I was determined to just move in like that. Now, how do I survive? I needed to make some money asap. After much deliberations and studies, I decided to go into local beverage production and thus ZOBO SPLASH was born. Y'all remember this drink right? See picture below. 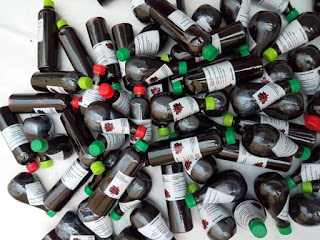 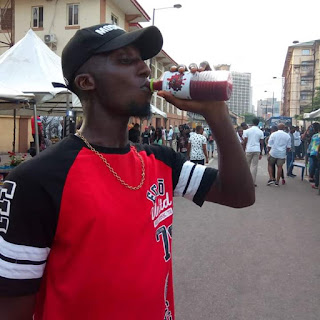 Now, I needed approximately 100k to start (without NAFDAC Reg that's costs about 250k). So I started looking for help. I drew my plans, had everything figured out, I just needed money to start. I needed someone to invest in me. So I met Mr Barry (real name). I told him about my plans and how much I needed. I asked him to lend me the money. He said he loved the idea and promised to help within the next week. I was so excited, I thanked God for his grace. I had so much high hopes for this zobo drink brand of mine. It was a step in the right direction. I waited patiently for the blessed week to come. And it finally came! I called Mr Barry. 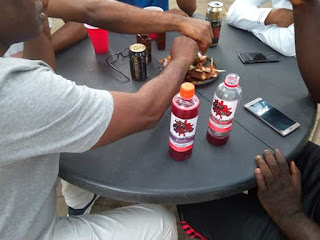 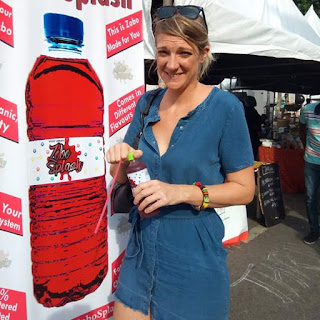 Now I knew Barry liked me as a man likes a woman. Always told me I was beautiful and sexy. But I already told him that I was dating, and he understood. Or so I thought. I kept our friendship as business-casual as possible. I never led him on to think I was interested in his amorous affections. He told me that he liked women who are focused and business minded. He was a car dealer and real estate agent. He was rich enough to give me 5m if he wanted to. So 100k was a chicken change if not an insult to him. Nevertheless, that's the much I knew I could pay back easily if my plans worked well.

So I called Barry several times during the week. No answer. Then, finally, we chatted on WhatsApp. A different story came up. He said he didn't have 100k, but he could give me 50k. That was okay by me. It was something at least, right. The he said he was willing to give me the money without a payback from me, he could bring himself to lend me money and ask for a payback. I was so happy and excited. I thanked him profusely. But he wasn't done talking. He went on to say he liked me a lot, but since I am dating, and I am a 'good faithful girl', he can't ask be for a relationship as he knows I won't want to leave my boo or double date. But, he would love to have sex with me. That I was so beautiful, sexy and hairy. As he has not met any woman like me. And if I agreed to have a one night with him, he would double the money to 100k. My heart broke 💔!

First, he reduces me to a mere sex object. Then he wants me to be his whore. He can't give me lend me 50k to start up my business, but he can give me 100k (with no need to payback) if only I have a one night sex stand with him!?! Wow, just imagine that. No, I didn't shout at him, didn't insult him either. I just laughed, then smiled. I only just became more convinced that, ZOBO SPLASH was going to be a hit. I knew that, I would start that business no matter what. Somehow the money will come. I told Mr Barry that, I would start the business without his money in a week's time, and I would invite him to my first pop up store, and he should do well to come with his friends and buy from me. He didn't reply. I laughed some more. I was even more determined to disappoint him.

A week later (in October), I launched ZOBO SPLASH. I can't say how the money came. But God used his ways to get me 50k. I got my first 100 bottles, I designed my own logo and stickers myself, opened social media accounts for my brand, had my first pop up shop at an event, and I made about 30k in profit. Oh, I sent Barry an invite, he read it, but he didn't come. 😂 Shame. Everyone who had my drink loved it, said it tasted good and unique. I got good reviews too.

For the rest of the year 2018, I made some money from ZOBO SPLASH and it sustained me. I didn't have enough to save up as my bills surpassed my earnings, but it got me by. he reason why I couldn't go further was because I had no NAFDAC number for the drink, and I didn't have 250k to get it. So no super store/market, restaurant and hotel wanted to have my drink on their list. So I was limited to events only which didn't come by often and not all that profitable, so I had to shut it down, but not permanently. As soon as I can afford it, ZOBO SPLASH is coming back right up.

This venture taught me a lot of lessons. It increased my confidence and belief in myself. I proved that bastard of a Barry wrong. And every other man out there who has ever reduced me to a sex object. I come back stronger. I always win. Every goddamn time, I always win.
.......
MEN! MEN!! MEN!!! DO BETTER. TREAT WOMEN BETTER. STOP THINKING WITH YOUR BALLS. WHEN YOU SEE A WOMAN WHO IS WORKING HARD, SUPPORT HER DREAMS. BECAUSE WHEN YOU DO SO, YOUR FUTURE AND YOUR GENERATION IS SECURED. A WOMAN (JUST LIKE THE INTERNET), NEVER FORGETS. WHAT IS SEX? WHAT IS 5MINS OF SEXUAL PLEASURE, COMPARED TO A LIFETIME OF PROGRESS & SUCCESS? ALSO KNOW THIS, WHEN A WOMAN DECIDES TO REVENGE, EVEN THE DEVIL SITS BACK WITH A PEN & PAPER, TO JOT DOWN SOMETHING NEW.
......
DEAR GIRL/WOMAN, NEVER GIVE IN. NEVER GIVE UP. YOU MAY PAUSE TO BREATHE AND REST. GO BACK TO THE DRAWING BOARD, PLAN AGAIN, STRATEGISE AGAIN, BUT MAKE SURE YOU COME BACK. STRONGER & BETTER. DON'T GIVE UP. SEX DOES NOT DEFINE YOU. HAVE SEX FOR PLEASURE, NOT TO GET FAVOURS FROM A MAN. YOU HAVE MORE POWER THAN HIM. GOD IS NOT BLIND OR DEAF, HE SEES IT ALL. HE WILL REWARD YOU. MAY NOT BE IMMEDIATELY, BUT HE WILL EVENTUALLY. TRUST THE PROCESS. TRUST HIM.

Dear reader, hope you learn from this. Hope this motivates and Inspires you. Celebrate the Girl Child.