I AM IN GOVERNMENT TO SATISFY MY PEOPLE - UKPONG-UDO 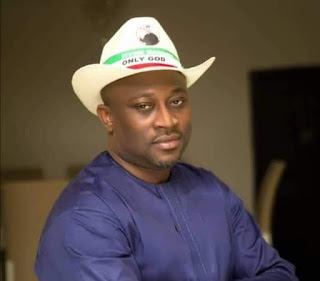 The member representing Ikono/Ini Federal Constituency in the House of Representatives, Hon. (Obong) Emmanuel Ukpong-udo, has reiterated his commitment to putting smiles on the faces of his constituents all through his four years at the lower chambers of the National Assembly.

Speaking at the gathering, the safety and health consultant-turned-lawmaker stressed that he was already accomplished before venturing into politics, hence he was not in government to amass wealth, but to touch as many lives as possible positively.
"Every wealth I wanted, God gave me before even being in government. I am in government to satisfy my people and put smiles on their faces. I won't build a new house or buy a new car during my four years in the House of Representatives. All that accrues to me from that seat, I will share with Ikono and Ini people," he said.

He added that, "(the needs of) my constituents are far more than what I earn monthly, but I pray God to give me the Grace to take care of all of them," and consequently relayed plans to roll out his maiden empowerment scheme which he intends will reach out to as many constituents as possible, and will be a recurring decimal all through his 4-year term.

Obong Ukpong-udo decried tightfistedness by government officials and political officeholders, saying that he was in government to redefine the paradigms of representation and set a precedent to ensure that anyone who takes over from him at the expiration of his tenure "can properly take care of Ikono and Ini people."

He appreciated the parents of the child for naming their son after him, describing it as a genuine show of love and promised them a car gift during his maiden empowerment.
POLITICS