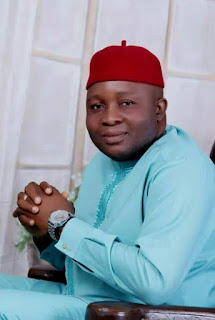 The election Petitions Tribunal in Owerri has struck out the petition brought before it by Kingsley Echendu , of the Peoples Democratic Party , challenging the electoral victory of the immediate past deputy speaker of the Imo state House of Assembly, Ugonna Ozurigbo .

The Independent National Electoral Commission had on February 21 declared Ozurigbo the winner of the election held in Nkwerre/ Nwangele /Isu / Njaba federal constituency of the state .

Ozurigbo contested on the platform of the All Progressive Congress .

The chairman of the Tribunal , Olagunju Olusegun , in his judgment accused the petitioner of speaking from both sides of his mouth .

The jurist flayed the PDP candidate for claiming that there was no election in some wards in the federal constituency and only to turn to say that there were over voting in the same wards.

In striking out the petition , the judge said that there were glaring inconsistencies in the petitioner ’s claims.

Ozurigbo said that he was extending an olive branch to the PDP candidate to join him in moving the federal constituency forward .