THE LIFE AND BENEFITS OF HOLINESS 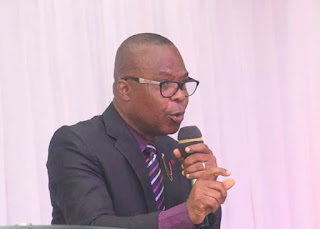 #Someofthepointsofthemessage
- Holiness is the very essence of God, His purity, His godliness, and His attribute being manifested in our lives inside and out as we obey and live according to and by His word.
- Completeness of moral and spiritual purity, the state of anything hallowed or consecrated to God..
- To be holy means to be cleansed of faults and set apart by God, who is Himself faultless and pure.
- The Bible records that God actually created a powerful, intelligent, and beautiful angelic being (the chief among all angels) called Lucifer (meaning ‘Shining One’) – and that he was very good.
- He was the ministry that covered the throne of God,  but  failed when he became unholy. Isa 14:12-14 “ How you are fallen from heaven, O Lucifer, son of the morning! How you are cut down to the ground-mighty though you were against the nations of the world. 13 For you said to yourself, "I will ascend to heaven and rule the angels.1125 I will take the highest throne. I will preside on the Mount of Assembly far away in the north.  14 I will climb to the highest heavens and be like the Most High.”
- The glory of God thrives in  Holiness.  When we live holy lives we reflect God’s character to the world.  We become lights in a dark world.
- Joseph described ungodliness as wickedness - Gen 39:6-9 (NLT)
- God is holiness personified. He instructs us to be Holy also. It’s a command repeated throughout the Bible in both the Old Testament and the New Testament - Lev 19:2  (KJV)
RELIGION