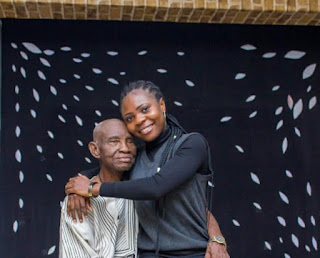 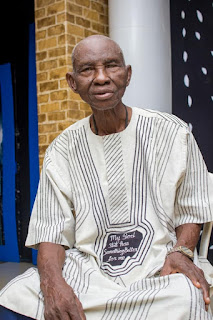 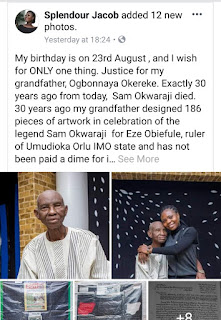 My birthday is on 23rd August , and I wish for ONLY one thing. Justice for my grandfather, Ogbonnaya Okereke. Exactly 30 years ago from today,  Sam Okwaraji died. 30 years ago my grandfather designed 186 pieces of artwork in celebration of the legend Sam Okwaraji  for Eze Obiefule, ruler of Umudioka Orlu IMO state and has not been paid a dime for it. The work is currently worth 3.3 billion naira.

I grew up with my grandparents. Grandpa was always on his sowing machine, sewing and designing artworks. He was always writing letters too. I grew to love books because of him. I was about 10 years old when he told me the story of how this King stole his artworks: used it to commission his museum and would not pay for them. He told me he had been trying to get paid even before I was born. I didn't fully understand it. Then I started seeing various lawyers come to sleep in our house. He'd look hopeful, he'll pay them and head to court. Then he'll come home sad, empty. Soon there were no more lawyers. Just him. With his beautiful caligraphic handwriting, black pen and A4 papers. 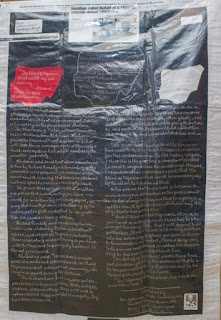 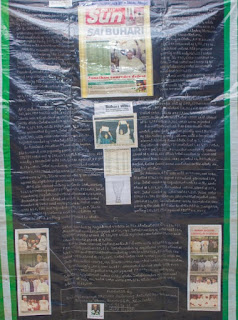 He stopped school in standard 3, yet has been single handedly preparing legal documents and defending himself in court armed with nothing but the truth. He has lost two sons in this fight:  Jacob, my father who died while I was still a feotus. (The artiste who sang the song Match am, Satan don fall for ground ooo) and Eleanya ( The artiste who sang "People say ask me say, wetin dey make me shine). Their untimely deaths did not break my grandpa's spirit. He has sold all our lands for the case. He has had near death experiences but held on to life for this case. But...

The 85 year old man I saw few days ago brought tears to my eyes. I saw a very old man who would know no peace if no one hears his story. My grandfather broke into tears as he explained to me that Eze Obiefule refused to show up to court as usual and that his case has yet again been dismissed with no proper reason. I saw a man who was so close to being broken and I decided to do this for him. A way of preserving his legacy. He represents those the justice system has been failing.

Maybe a lawyer reading this, who will not be swayed and bribed to abandon this case will decide to help. Maybe an NGO will step in and help him get the justice he deserves. Maybe the government can step in. Maybe someone can patronize grandpa before he dies. He has beautiful historical artworks for Nigeria, Dangote, Good luck Jonathan, etc. He produced them with a sewing machine and clothes. Maybe nothing will happen, but at least , I have told the world his story. He doesn't have much time to live, he's been fighting for 30 years and is out of financial resources, I want him to die a happy man, knowing it wasn't all for nothing.