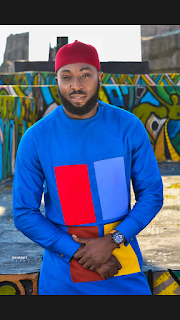 See Profile of Founder:
Prince Sylvester Oguguomobi Osuji is the last child in  the family of Osuji royal dynasty  Akwakuma Autonomous community, Owerri North LGA of Imo State. He is a successful business Conglomerate. He is a christian.  He is an internationally acclaimed/ professional Visual artist of great repute. CEO of two renowned COYs that has been a house hold name in aesthetics, building finishings, interiors,exteriors, designs and graphics. A contractor per excellence.  He is successful in his career  and at the same time an employer of labor who strongly believes in carrying people along especially His fellow youths.

EDUCATION
After completing his primary education from Akwakuma Primary School, he was admitted into Boys Model Secondary School New Owerri in 1994. In  the year 2000, he sat for SSCE/NECO examinations. In 2001 he gained admission into the Prestigious Nnamdi Azikiwe University Awka where he bagged his BA in Fine &Applied Arts & graduated with (two one) second class upper honors. Since after he completed the compulsory NYSC programme ,He has attended a number of art exhibitions, summits,workshops, symposiums within and outside the country. (M.A.) in view.  He is a member of quite a number of professional bodies both locally and internationally eg: the Society of Nigerian Artists SNA amongst others.

SOME LEADERSHIP POSITIONS HELD SO FAR
His exploits in leadership started since the age of 14 when he became the president of  alter servers in the church. President Catholic Youth Organization Sacred Heart Sacred Heart Parish Akwkuma, Harvest Committee Secretary  from 2004-2009 on a row.While in the university, He was part of the Student Union Government and chaired some of the students week activities.  He was a founding member of the then reformed Akwakuma Youth Association and served as a financial Secretary. He left good legacies while he served. He was the President of the youths (CYON)  in His parish for a 3yrs term after which he was appointed by Archbishop Anthony J.V Obinna, the catholic Archbishop of Owerri Ecclesiastical Province  amongst few other youths to represent Owerri Archdiocese in the 2011 World Youth Day(WYD) in Spain. In Abuja at the national level during the preceding seminars before the WYD, He was appointed by the Catholic Bishop's Conference of Nigeria  as the central committee chairman to coordinate other youth sub-committees saddled with the responsibility of leading about 250 youth delegation from Nigeria to the pilgrimage to commune with the pontiff emeritus Pope Benedict the XVI. Back in Nigeria, in 2012, he played a key role in the successful hosting of the 2012 National Youth Day held in Onitsha. In the same year, he was elected the Vice President of Owerri Archdiocesan Catholic Youth Organization of Nigeria (CYON) and during his tenure he organized what till date is still seen as the biggest & best youth day in the history of the Archdiocese "Centenary Youth Day 2012". Due to his dexterity, diligence, charisma and proven integrity vis a vis trust in leadership, He was elected as the Financial Secretary of His town union before which he had also served in so many committees at the community level and the church respectively.  He was the youngest to ever hold such a sensitive position in the community at a critical time in history. Though a very young man, but he was found worthy to dine with the elders .He is the president and founder Sylvester Osuji Foundation (SOF).

HUMANITARIAN STRIDES
Charity for Sylvester is sacred. He sees it as a call from God and most times feels very shy to discuss his exploits if not where unavoidably necessary. His organization (Sylvester Osuji Foundation SOF) is arguably seen as an all season charity organization thus before,during and after political/electioneering periods, he is seen carrying out his activities contrary to how most organizations are perceived to be motivated by expected political gains and brouhaha. In a society where the youths are faced with numerous challenges emanating from poor governance leading to unemployment,youth restiveness and crime as the bane of the society , his vision and passion is to see every young person become resilient and successful against all odds by being gainfully employed or engaged in one trade,skill, profitable activity or the other. This as he strongly believes remains the only way to curb crimes and eradicate fraudulent activities in Africa as well as develop our Nigerian economy.
Charity they say begins at home, His humanitarian activities started way back In 2002 unofficially when he attracted an agric empowerment program by the then government for the widows in his community through his artistic exploits. In 2007, the vision to have SOF was born. Ever since then, he has provided a lot of medical assistance to the sick,aged,physically challenged persons and little children as well as orphans. He is a patron of Akwakuma Primary school and  has sponsored a lot of academic and sporting activities in past years which prompted the school to name a sports group(house) after his name. Few years ago, he single handedly put an end to  the indiscriminate and unlawful dumping of refuse at Akwakuma junction and  at the entrance of the primary school and the church in His community. An awful site that posed a serious health threat to every life that existed within that environment. He also beautified & transformed the environment with interlocking stones walkway to the school/church entrance , reenforced the dilapidated parameter fencing which posed a life threat to the lives of school pupils in the primary school. He planted grasses, flowers and lighted up the environment. He also donated an ultramodern marble signpost for the church which Was commissioned by Rev. Fr. Dr. Kevin Ugoamadi in the presence of Late Eze Engr. Charles Osuji, the entire community and lay faithfuls. He has given shelter to many homeless and stranded persons. He is a friend to the sick,aged, prisoners ,physically challenged and widows.
In the year 2017, he unveiled a lifetime pet project called "Paint A Life Initiative" and  empowered a lot of widows, children and the physically challenged who were in attendance. Paint a Life is vision inspired by his talent in art  aimed at raising funds through art and creativity to carter for the helpless,needy and downtrodden in the society.  As a lover of music and a singer, He sometime during a charity concert inspired by "paint a life initiative" on Oct 1st made cash donations and musical instrument to a group of young visually impaired singers from Special School for the Blind Umuahia. This vision since its birth has yielded tremendous results that we cannot enumerate all at this time but we will not fail to note that in November. 2018, SOF hosted a free skills acquisition training,mentorship and empowerment program with the theme "One Youth,One Skill" for unemployed youths in Imo state and Nigeria at large. About 400 youths from the 27 local local governments of the state and other states across Nigeria benefited from the three weeks exercise which featured about seven different skills. Today,most of these promising youths have become fast rising entrepreneurs in their various areas. For Sylvester, one of the greatest achievement any person or government can venture into is human capital development. This does not only take our youths off the streets and crime,it also empowers them to be in positions to assist their various families economically and the country at large. After experiencing an ugly robbery incident, Sylvester vowed to empower and inspire as much youths as he could to discourage them  from getting involved in such ugly activities. He hopes to empower at least about (5000) youths and help them become self reliant in no distant time God willing. Just recently, he joined other well meaning Nigerians to rally round and solicit for fundraising to aid the medical surgery bill in India for one of Imo States activist and philanthropists who had kidney failure and liver cancer. He organized road walk,visits and mobilised the public to offer a helping hand and to the glory of God alone, the surgery was successful. His passion for the welfare of the youths is one that can never be over emphasized therefore  I hereby present to you this God fearing, selfless, refined, fine and very humble  young man, Ezinwa Prince Sylvester Oguguomobi Osuji to receive this "Most Efficient Humanitarian Service Award"  by Arise Africa all to the glory of God Almighty.
Nnadi Kelly Chinaza
Head Research/Logistics
Sylvester Osuji Foundation(SOF)