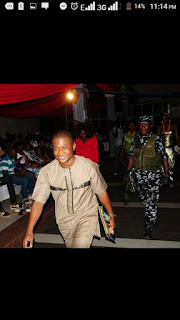 Profile
Prince Mike Akubueze is a native of Eziama Oparanadim, Ekwerazu, in Ahiazu Mbaise LGA.  He is a 1999 graduate of Imo state University. He did his NYSC at the prestigious Federal Airport Authority of Nigeria (FAAN). Few months after his NYSC, he migrated to Jarkata (Indonesia) in search of the proverbial green pasture but according to him the grass in Indonesia was not green enough for his taste, so after six months in Jarkata ,he departed for Singapore and after another 6 months stint in Singapore the restless Prince of Asaigbo left Asia for Europe where he settled in Switzerland. In Switzerland, he engaged into entertainment business.

In 2007 he returned to Nigeria .Today Prince Mike Akubueze is the Chairman and CEO of Skybased Integrated Concerns Ltd. and also the President of Asaigbo Foundation the organisers of Miss Asaigbo Beauty Pageant ,Igbo Merit Award and promoters of Asaigbo Cancer Care Initiatives. Prince Akubueze is a humanitarian per excellence.