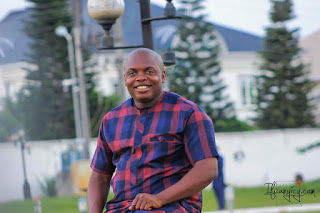 Foremost Blogger and Ehime Mbano born Youth Activist,  Ifeanyi CY Njoku is one Imo youth whose record in the art of ingenuity gets swollen by the day. From a humble but decent background this youth development advocate who has already carved a niche for himself today stands out in many respects. Through a dint of hard work and intelligence IfeanyiCy floated the then very famous Ohakim Youth Vanguard, an umbrella that rallied the strongest youth support base for the administration of the former Imo State Governor, Dr. Ikedi Ohakim.

The Ohakim Youth Vanguard was an engine room of sort not just for Imo youths but for Nigerian youths who at any point then wished to have any meaningful thing with the Ohakim government. The famous youth forum was so outstanding that almost all prominent politicians in Imo worth their onions identified with it. The body was brilliantly nurtured into almost an organ of the then government such that all friends and lovers of Imo then freely identified with their ideals and activities.  Today, possibly because of his independent minded stance in the polity which has always seen him appraise the activities of government and political leaders and stakeholders so objectively he has made both friends and enemies.

In our peculiar society his enemies increase on the side of those his positions do not favour on particular issues while friendship decreases, and vice versa. But an unrepentant IfeanyiCy would always have a balanced answer for any position he takes on any issue. Some of us are fascinated at the way he handles responses on his blog no matter how hard they come. Unknown to him and many others this has continued to endear him to even the worst of his critics who often times have no choice than to continue admiring his courage. This is happening at a time when most youths for fear of not going hungry have become gullible to almost a pitiable state. I wish he takes note that his positions on issues instead of piting him against most principals have rather endeared him to sound ones who find time to engage him critically often and  towards digesting the issues as raised. It is significant to note that apart from the various groups and bodies he currently runs, such as the Imo Youth Vanguard and the Centre for Youth Development and Peace initiative, the IfeanyiCY blog  has almost become the voice of the voiceless apart from the normal news and entertainment segments in a society that is currently passing through turbulent times. Without sounding immodest,  the IfeanyiCy Blog (Ifeanyicy.com) has within a short period of conception become the cynosure of all views given the consistency of the handlers led by my good friend Ifeanyi CY Njoku. The name IfeanyiCy Njoku is fast turning into a household name among opinion moulders both within the Imo political spheres and beyond given his concerted impressions.

In his bits as the  initiator and coordinator of the Centre for Youth Development and Peace Initiative,  I have consistently followed his brilliant advances at pushing for the security of the welfare of the youths particularly in Imo through various youth fora, which seek to meaningfully engage stakeholders towards thinking and doing things right. The results of which has in some instances gotten the government's ear towards either explaining her decisions or even make corrections where necessary.

A strong students union activist and graduate of Biochemistry of the Abia State university was a Special Assistant to the Imo State Deputy Governor, Prince Eze Madumere Mfr , as well as a former consultant on social media to former Speaker of the Imo State House of Assembly, Hon. Benjamin Uwajumogu. Comrade Ifeanyi CY Njoku was also a former consultant on social media  to the former Governor of Imo State, Dr. Ikedi Ohakim. He also served as social media consultant to Mrs Uloma Rochas Nwosu, wife of Imo Chief of Staff, Ugwumba Uche Nwosu, overseeing to the launch of Elfreeda Foundation, and Project 55:5:55 culminating to the Imo State Governor's 55 years birthday and hosting of African Presidents. In all these engagements he has proven himself such that his principals irrespective of political affiliations always want to work with him any day. 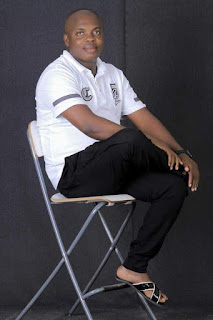 To the organisers of this special programme, I must at this juncture  salute your foresight for being able to identify the likes of Ifeanyi who have in many ways shown that there is still hope for the Nigerian youth,  And i am equally proud to have the privilege to note this few inprints of an upstanding patriot and friend. Ladies and gentlemen, Ifeanyi CY Njoku , the man who has changed the face of blogging, bringing in both a refreshing colour, candour and style is hereby presented for this special recognition.

Thank you and  best regards .

Tony Nwaru, Abuja based Capacity Development Counsel , and Publisher of the National Assembly based Disciples of Democracy Magazine.
Profile