Enyioha Chris A. E. Anyanwu Bags Another Award At FAA 2019 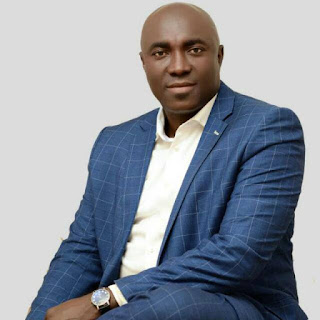 Arise Africa Magazine  confers one of the highest honours to  Chris A.E Anyanwu

Thia is in honour of Anyanwu's stellar contributions, selfless service to humanity. It is unprecedented as he is entering Arise Africa Hall of Fame, considering that the annual lecture and Award series is being instituted by the organization to recognize and celebrate excellence in Africa.


His Profile:
Chris A. E. Anyanwu is a graduate of Imo State University 1999 set. He studied Religious Studies with Second Class Upper Division.

While in the University as a student, he was the Course Rep from year one to Final year because of his leadership skills. He was a great footballer who played both for his college and the School Team and was admired by Fans who nick named him ENYIMBA.

The call to serve his Fatherland took him to Brigade of Guards Headquaters Asokoro Abuja and after a successful National Youth Service, he joined Revilo Aerospace Corp as an Executive Marketing Officer in 2000. In 2005 he joined Diversified Richfields Limited as a business development Manager; the company took him round the Globe. In 2010 Chris Joined Greenprofit Trans-Global Limited a Subsidary of Tenderex Group Limited  in the Oil and Gas, Financial Services as well as Logistics, as the General Manager.

He is a passionate, experience and goal oriented professional who have distinguished himself in the Aviation Services ( Aircraft Logistics) Oil and Gas as well as Haulage Sector. He is a CBN approve BDC Operator.

He has empowered windows and given free Education to University students within and outside his hometown.

Chris is married to Bar. (Mrs) Chisa Blessing Anyanwu (Nee Ogwurike) and the Marriage is blessed with two Children, Chidera  and  Chikamso

Chris has received many awards within and  outside the Country

Enyioha Chris Anyanwu belongs to many international and professional bodies . He held different positions from different organizations.
Happy to inform you  also that he is a big time Farmer .