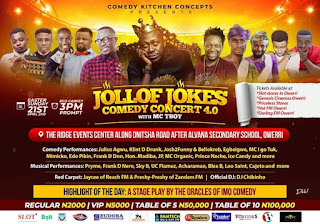 While DJ Chibinho will be on the wheels of steels

The mega Comedy show is taking place at the Ridge Event Center. Kick off by 3pm on Easter Sunday 21st April 2019.