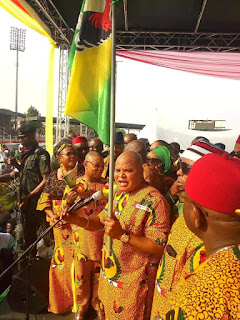 Ifeanyi Araraume, APGA Governorship Candidate for Saturday’s election rounds up Campaign across the 3,523 Polling Units, 305 INEC wards and 27 Imo LGA's.
According to news reports , the chances of Senator Araraume of APGA clinching victory in the Saturday March 9, 2019 Governorship has continued to receive boost. 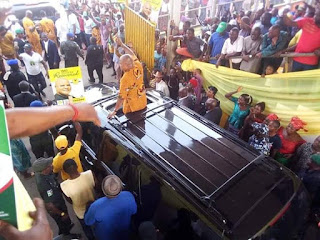 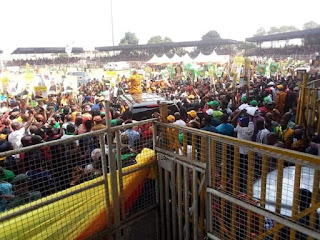 He has just inaugurated 50 youths as booth army , 50 women as electoral volunteers across the polling booths.

Goes into strategic good governance partnership and alliance with 35 governorship candidates, their parties and structures.

Prepares for victory celebrations on Sunday at Dan Anyiam Stadium immediately after his announcement as Governor-elect by the Independent National Electoral Commission, INEC, on Sunday, March 10th.