Give Me Government House , Let me transform Imo - Linus Okorie 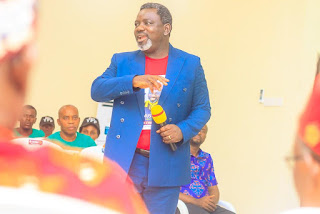 Linus Okorie the YPP Gubernitorial Candidate in Imo State made a Dynamic and an August visit to the home of the First Civilian governor of Old Imo. Late Chief Sir Dr. Samuel Onunaka Mbakwe, he was received by the first son of De Sam - Sir Alex Mbakwe, Bobby Roberts Mbakwe and the former first Lady Her Excellency Victoria Mbakwe who prayed for Dr. Linus Okorie and handed him and his team over to the hand of God saying that the blessing he asked for has been released to him, and  encouraged him to remain resolute in his ambition, trusting God who is the giver of power 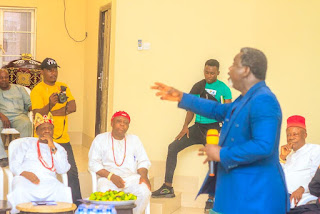 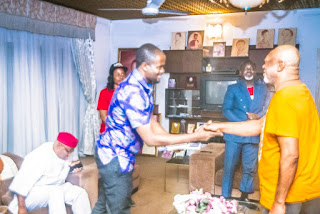 On his part the eldest son of De Sam, Mr Alex Mbakwe thanked Linus for deeming it fit to come and pay homage to them, and encouraged him to keep hope alive as he see the possibility of him becoming the next governor just as his Father.
According to him, one of the secrets of his dad was the love he had for the people and said he will be happy to see a man like Dr Linus Okorie becoming the next Governor of Imo State because he has seen in him the same love he has for his father land. Love was the driven force that made his father to lead the State meritoriously and became poor after. 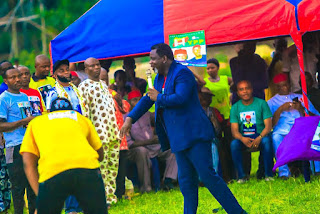 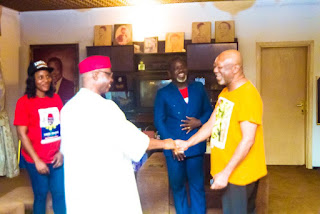 Also another son of De Sam- Bobby Mbakwe thanked Dr Okorie for identifying with them. Earlier in his speech Dr Linus thanked the family for receiving them despite the short notice attributing it to be the Hand work of God, he said that it has been his dream to visit family as he has made it priority to continue from where De Sam stopped if elected the Governor and said that he came to receive blessings from the former first first Lady of old Imo state Lady Victoria Mbakwe whose support to the husband made him the best governor ever had in the history of Imo, Abia and Ebonyi.

Linus Okorie promised to leave a quality legacy just the same way De Sam did if elected and that he will lead with honesty and love, because to him, he is not a politician but a missionary in the politics of Imo State and pray that the family gives him their blessing as his dream has come through today. He said:
"I have always been inspired by the legacies of Late De Sam of blessed memory. I am here so as to tap from him blessings so as to continue from where he stopped. Whenever I speak on Leadership in various platforms across the world, I always use him as a reference point. Its sad to note that we have never had anyone like the First Executive Governor of Imo State. I seek the support of great people of Obowo as we seek to make Imo A world class state filled with endless possibilities"

"Give me Government House, Let  me transform Imo"

It will be recalled that the campaign train of Dr Linus Okorie on the same day had toured  Obowo. He was received at Aguneze before  he addressed hundreds of party faithfuls and  ardent followers at Community Primary School Umunachi, he also visited the Malaysia Market and Obowo Council of Ndi Eze and Ihitte Uboma LGA in Continuation of his bid to occupy Douglas House come March 9th, 2019. 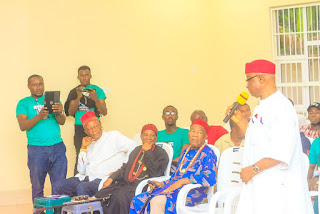 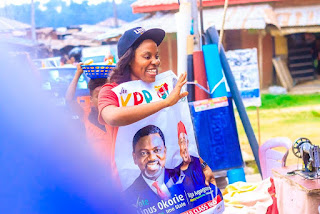 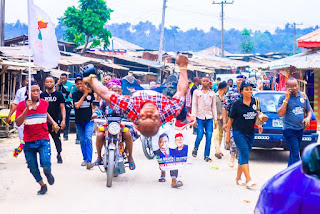