The Gubernatorial candidate of the Young Progressives Party,YPP, Dr Linus Okorie has been described as the best alternative for good, qualitative, sincere and credible governance in the state come 2019 elections. 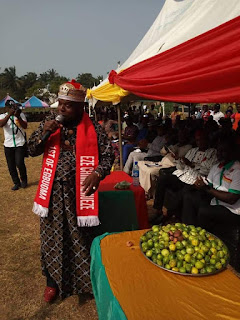 Eze Chimumremu Eze 1 Egbuoma stated this at the campaign flag off of Dr. Okorie at his hometown, Egbuoma, Oguta Local government area over the weekend.

Eze Chimumeremu eze who spoke in Igbo dialect expressed happiness for a son of the spoil to have aspired to be the governor of the state as well as being the flag bearer of the Young Progressives Party, YPP.

He also decried the the bad economy of the state, called on his subjects to roundly support the global leadership expert who is from the area and prayed God for his victory at the polls come 2019. 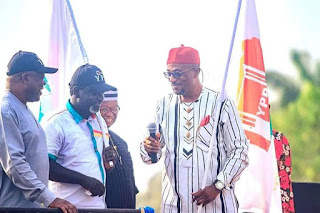 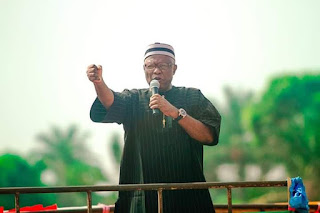 The Director-general of Linus Okorie Campaign Organisation, Chief Brent Akomas said the day was a special one for the people of Egbuoma area having notable personalities across the country present at the occasion.

He described the ceremony as a home coming of a noble son of the soil and advised the people to vote wisely at the polls.

Moreso, the Imo state chairman of the Young Progresives Party, Hon. Victor Diala who appreciated the people of Egbuoma for warmly recieving the campaign trail in the area stressed that their support and decision to vote for own will yield positive results.


He added that  Linus Okorie is a good product and the best alternative for the governorship post in the state.

The National Leader of the YPP, Comrade Bishop Emmanuel Amakiri who was represented by the National Secretary, Hon. Barrister Bamiyi V.H was optimistic that Egbuoma people will produce the next govrnor of Imo state saying that  Linus Okorie is the best among the rest.

Mr. Bamiyi added that he has seen “not well to do politicians widely defeating known money-bags at the polls stressing that power belongs to the peopleand the people should vote for Dr. Okorie for a world class Imo.

The Presidential candidate of the party, Professor Kingsley Moghalu who was represented by Anambra state cordinator Moghalu support Organisation, KIMSO, Prince Victor Udeh-Ubaka said Dr. Okorie has everything needed to transform the state to an envious height.

He added that he is the right alternative having bagged global recognition in practical leadership background.

Receiving the party guber flag for Imo governorship 2019 elections from the national leader,  Linus Okorie and Hon Ugochukwu Aguguam -his running mate appreciated all party members and officials for the love and opportunity to serve promising that they will not disappoint them. 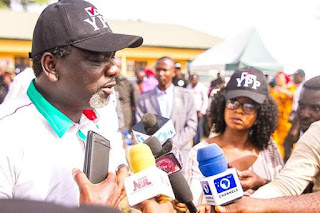 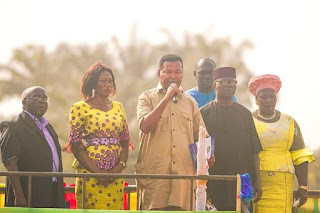 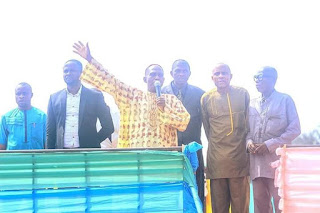 Dr. Okorie also stressed the end of mediocrity in Imo state and promised to transform the state into a world class arena.

He added that free education will be absolute free when he becomes governor.

” I pledge that when I become governor the governor, I will be your friend”, he stated.


Furthermore, the Imo Women leader of the party, Ambassador Uju  expressed joy over the warm reception given by the people of the area said the party and its candidates are poised to change the state into a new world full of endless possibilities hence the visit to flag off the campaign of Dr. linus Okorie in the area.

In his appreciation speech, the Chairman Linus Okorie Campaign Organisation, Sir Chudi Onuzo thanked all who graced the occasion to make it a success and prayed for journey mercies. 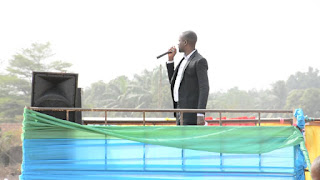 The event which can be best described as a triumphant entry of a worthy son of the soil had in attendance various unions, professional bodies, support groups across the state as well as party faithfuls from the 27 local government areas of the state and was anchored by Mr Ikechukwu Anyanwu and Hon Chidi 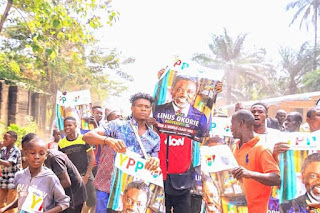