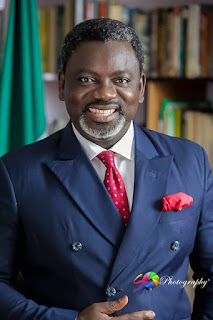 Here is the full message:

The first of January is a day when we take stock of the past year and try to look positively ahead despite the mistakes we may have made in the preceding years.
This is the season of hope and great expectations. It is a tme for family to come together, for communities to receive their sons and daughters who travel from far and wide to be together with their people. A lot of Ndi Imo came from other states and many others came from other countries and they look forward to a great reception from their families and meeting with friends. They will be happy to be home. But for so many, this passing year and this season have not been so good to them because of bad governance and leadership in Imo state. So to them, the discussions will be all about the future of imo state and their place in it.
They will be thinking of Imo state more than they have ever done in the past three and half years because Ndi Imo will choose their next governor this year. I urge you to listen to what the candidates have to say and to listen to their plans.
Thankfully, 2018 ended with something I see as a great omen for Imo state. For it was in 2018 that I decided to join the race to provide visionary leadership in Imo state.  On 28th December, I officially received the Flag of the Young Progressive Party as their candidate in the March 2, 2019 governorship election in Imo state.
Therefore, I can tell you my joy that We entered the new year with great hope and preparation to make the building of a world class imo a reality starting in May 29th when I shall be sworn in to serve the people of Imo state as their governor.  The task ahead is enormous, no doubt. But we are ready to start the work  of rebuilding our broken state on day one.

There will be profound economic changes in Imo state starting in May this year. I believe that a radical economic reform, will let us move on a broad path of accelerated development and empowerment. Once a government that exudes trust is in power, people with money, home and abroad will have the confidence to invest in Imo state again.

As we move forward in this campaign, we are ready for interaction on resolving the problems in our state. Our campaign is gaining wide support on daily basis, our messages are reaching a larger audience, and these are beginning to weave into a tangible fabric of trust because the people have come to realise that they can trust us because we have a plan that works for them.

Ndi imo are getting serious with the political process with an awareness of their responsibility for the future of Imo state and the role they must play before, during and after the elections.
Our responsibility to Ndi Imo is to stay committed to our plans and vision for a world class imo with endless possibilities.