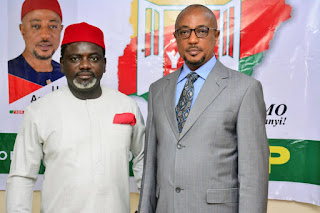 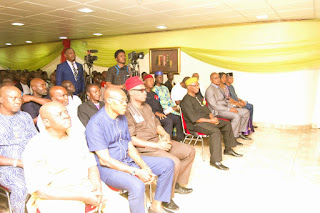 Dr. Okorie said he is out to work having left his family at Abuja for a year to Imo state to change how things are being done and pray God for victory adding that power belongs to God.

” This is actually one good year I have been trying to change what is wrong with our state, and it has been one of sacrifice travelling around the state”, he disclosed.

He also decried the practice of the political class who improvish and take advantage the people in the state to win elections, saying that practice is dead on his arrival.

Speaking on his preparedness said he bags wide consultations as a global celebrated leadership coach on how to run the state hence the choice of his deputy.

” There comes a time in our generation when we must take an uneasy decision whether to join the mediocre mindset of begging for money or stand up for the best that teaches how to get the money”, he expressed.

Dr. Okorie while unveiling Mr. Ugo Aguguam as the deputy candidate of the party, was optimistic of winning Imo 2019 guber election having a formidable team of experts to bring about the change yearned for.

He described Mr. Aguguam as a public relations specialist adding that he is the right man for the job as he always deliver.

“I believe if two of us work together, the change we seek will be a reality because he has lived in Owerri all his life and understands how the system works”

In his remarks, the deputy candidate of the YPP, Mr. Ugo Aguguam appreciated his principal, officials and members of the party for choosing him and promised not to fail in his assignment.

He advised the people of the state to shun any zoning arrangement stressing that it has not produce any positive result in the history of Nigeria and the state in particular but to vote for credible candidates with divine mandate and burning zeal to bring about the needed change in society.

“Zoning is not democratic. when we are talking about zoning, we should be looking at the benefits and if someone from Egypt can make Imo better, I prefer him to my blood brother. We have all it takes to make Imo the dear state of our dreams”, he said.

The event was graced by party faithfuls and officials across the 27 local government areas of the state. 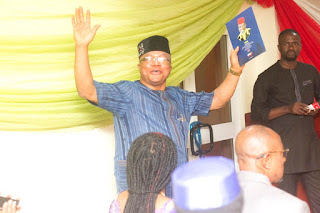 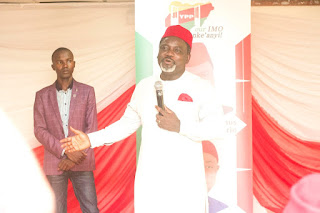 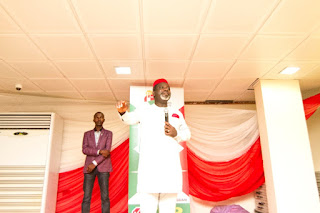 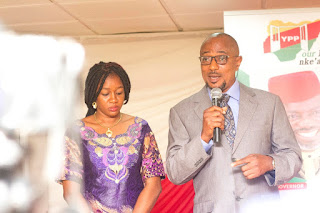 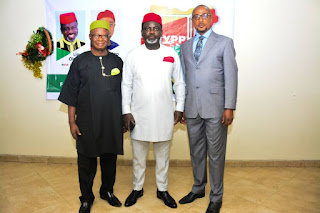 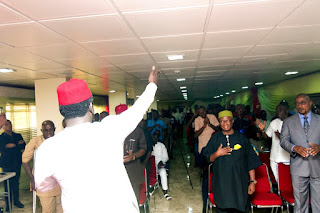