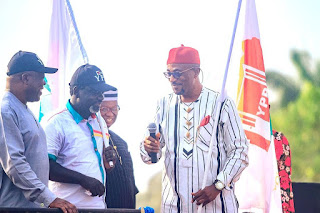 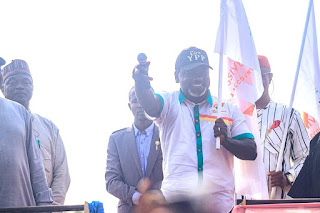 Linus Okorie, the YPP gubernatorial candidate Imo State  popularly known as the Reformer has been endorsed and adopted by Imo  Statesmen,  Elders and youths across various blocks to become the governor of Imo state come 2019. 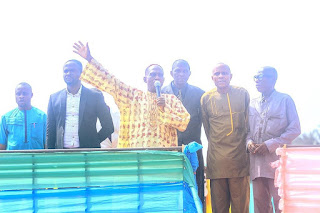 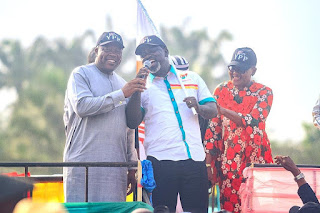 Mr Ikechukwu Anyanwu speaking at the flag off of YPP Governorship Campaigns  in Egbuoma Oguta Local Government  said "what we are witnessing today is  indeed a commendable and positive step. Having statesmen across the 27 Local Government here at Nkwo-Egbu Egbuoma to endorse Linus Okorie is a good development. Several other professional bodies, civil society groups are towing same line on a daily basis" 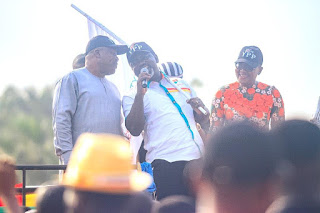 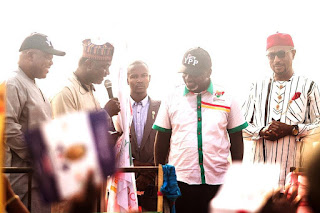 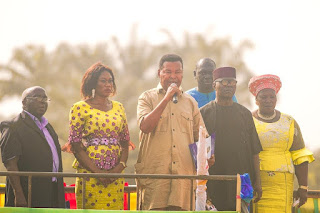 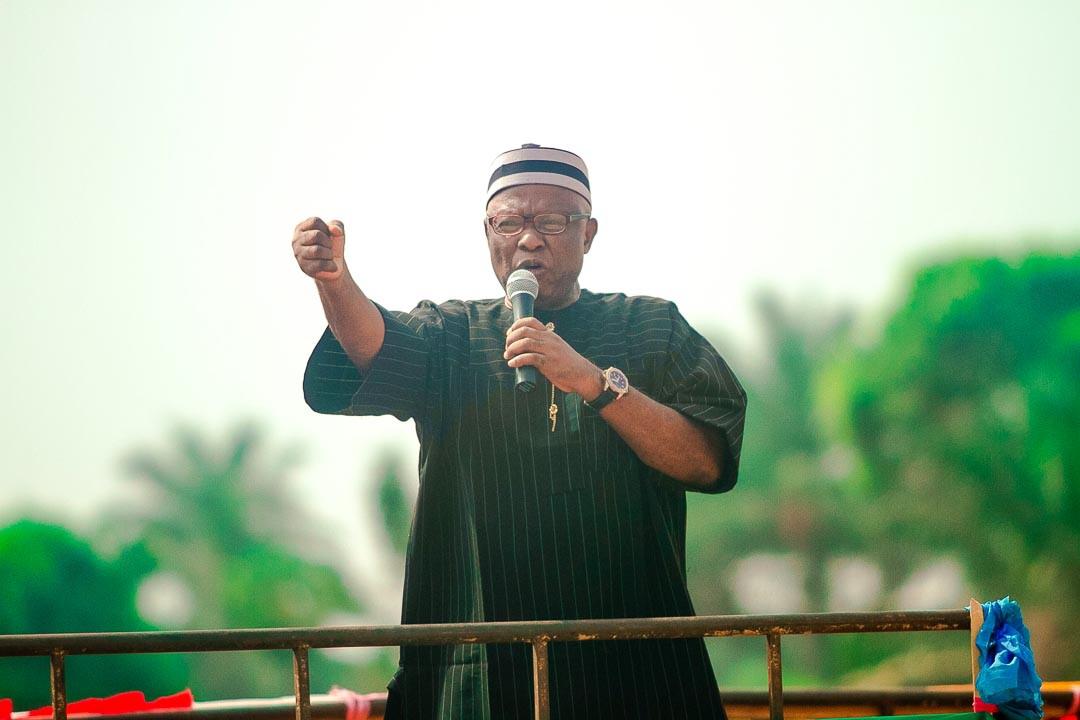 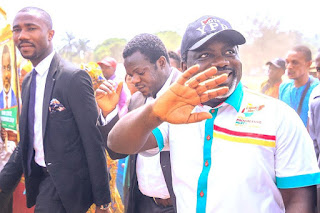 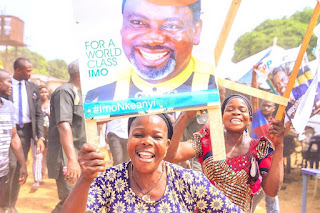 He noted, " Dr Linus has refused to go into the gutter with anyone. He was the first to emerge as Imo Governorship candidate through the most transparent primaries ever without playing 'money politics' or 'stomach infrastructure'. The people simply saw in him someone they can trust. He is offering something NEW, something BOLD, something DIFFERENT. He has been focused on his vision,  mission, answering questions, addressing sever challenges and more importantly as one who believes that Imo is blessed with natural resources but have a lot of problems with mindset, he has spent the last one year training thousands of Imo youths ,old men and women to have the right leadership attitude to make Imo a world class state. During our  media chat, he addressed where Imo should and ought to be.  He is well grounded and passionate about creating a world class Imo filled with endless possibilities 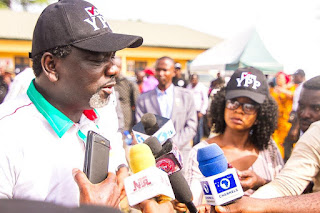 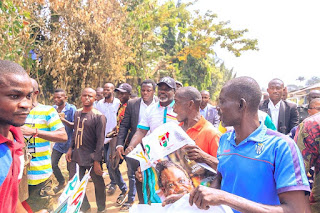 The 2019 general elections would soon be upon us,  political alignments, realignments and horse trading for the futures of local governments,  states,  legislative assemblies and federal executive will be decided in 2019.

Gubernatorial wise,  a few states have moved forward since the 2015 general elections yet many more have remained in the doldrums and are yet to come  out of the woods.
The next four years is very crucial in the political history of  Nigeria but more so in a few states than others.  It is more apt in Imo State.
Of all the contestants for the Gubernatorial  position,  none possess the pedigree, capacity to provide the much needed quality  leadership than the YPP candidate, Linus Okorie. Moreover he is a rare breed among others. A paradigm shift from the usual politicians. When you think of leadership, you think of Linus Okorie from secondary,  tertiary, international level.

For all Imolites,  the question should be: Are we ready to stand tall against the usual narrative of poverty and theft. Are we as Imolites ready to harness our God given human and material resources to our benefit?The race to occupy the office of Executive Governor of Imo State in 2019 is close to it's climax, but before final day when the electorate will make the final choice,  let's spare some thought to "what is indeed the IMO of Our  Dream?"  Among all the various gladiators pushing for this top job, who can lead us to the promised land? These are pertinent  questions that requires  answers if we as a people hope to actualise our dream and potentials.  Do we mortgage the hope and aspiration of the youths of Imo today, for the interest of few?Do we sacrifice professionalism and competence on the alter of zoning and mediocrity?  These are the core questions that should occupy our mind as election 2019 draws yet closer.

The need for a move from political to a core professional leadership and governance is even more  urgent now than before.  Many who are currently witnessing economic growth domestically alongside great strides in human,  infrastructural and capital development have achieved thus far owing to simple fact that they've somehow allowed core professionals at the helm of governance in the last few years .
Now is the time for Imolites to take the same leap and handover it's affairs  with its huge economic and industrial potential to a seasoned professional whose achievement,  aspiration and dreams match perfectly with the Impression of our collective dreams.

"To us,  it is a good news for someone like Linus Okorie  to run for Governorship come 2019. That is the kind of thing we want .He will not just win because  APC is bad, but because he has  something better to offer. Tell us what you are bringing to the table if you're running for a public position. Linus Okorie has our heart and vote. We believe he's the right man for Douglas House because he has the right leadership competence, integrity and strategy to make Imo a world class state" Mr Ikechukwu added 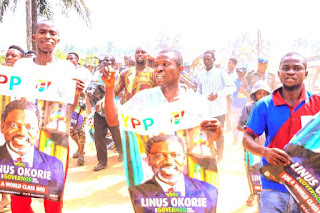 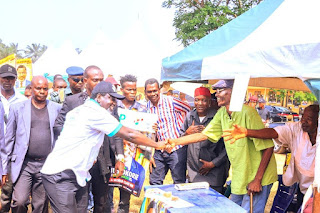 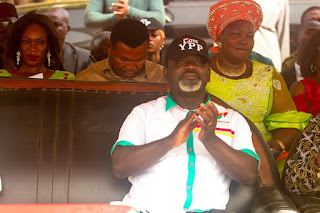 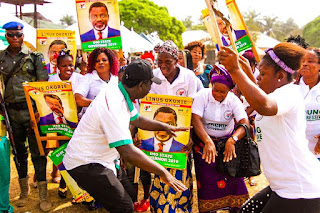 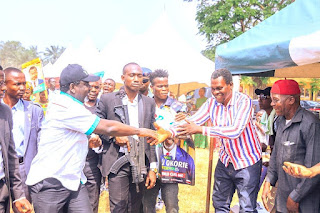 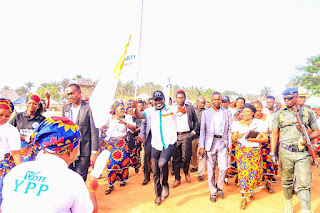 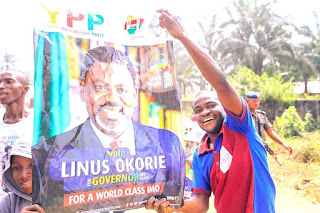