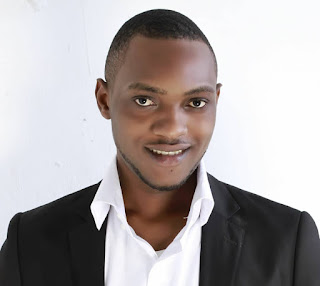 Just like a popular saying that, the best fish swims near the bottom which means that, in life the best things are not acquired without some troubles. This interprets the struggle for the actualization of the sovereign state of Biafra.
On  21st of October 2018, at about 6pm Nigerian time, I listened attentively to the live broadcast on Radio Biafra by our own brother Prince Nnamdi KANU, the leader of the Indigenous People Of Biafra(IPOB). I won't deny the fact that it was a thing of joy to hear him speak and tell the whole world that he is alive, after putting a lot of people in suspense together with the controversy that followed his disappearance.
In his speech , he made it clear to all, that he will be coming back to Nigeria soon and that Biafra citizens should not partake in any form of election come 2019. He ended his speech by saying that this time around he will be coming with hell , which have got so many people talking.

Now this brings in my topic of discussion. Come 2019 between Biafra and the position of the vice president of this country, which one do we think will be easier for us to achieve and at the same time be more profitable to the Igbos?

I must tell us the truth, the problem of Nigeria and the reason for the agitation for the actualization of the sovereign state of Biafra is all centered on the way the Igbos are being marginalized,of which proper restructuring remains the viable solution.
Nigeria is like a man that married three wives from different tribes with different languages, cultures and world views. In this case it won't be easy to successfully handle and lead this kind of family, without equity in the allocation of things. Just as as the relationship between the Igbo's and Nigeria can be best defined as marriage, therefore there is still room for divorce. Yes when a wife feels that she is no longer comfortable in her marriage because of how she is being maltreated in the marriage she has the rights to sue for divorce.

But based on our different religion and ways of life, we understand very well that divorce is not the best part to follow in marriage, more especially when there is still some hope left.

Historically, the Igbo have been roundly hurt, despised and hated but a proper restructuring can heal their wounds.

Again, what provoked persons like  Prince Nnamdi KANU was how the Igbo's were openly marginalized in this present administration, where the current president failed to obey constitutional policies  in his appointment and distribution of resources .

However we can still trace the problem of Nigeria  from its origin, from independence.

According to the document for the proclamation of the republic of Biafra 1967,
during the precolonial era, Politically Eastern Nigerians advocated for a strong, united Nigeria; for ONE COUNTRY, ONE CONSTITUTION, ONE DESTINY. Eastern Nigerians were in the vanguard of the struggle for national independence and made sacrifices and concessions for the cause of national unity.

In course of time, other parts of Southern Nigeria found that they possessed many things in common with those of Eastern Nigeria, and while the colonial master made adjustments to accommodate these common ties between the Southern inhabitants, the Northerners insisted on maintaining their own dominance.
On October 1, 1960, independence was granted to the peoples of Nigeria in a form of “federation”, based on artificially made units. The Nigerian Constitution installed the North in perpetual dominance over Nigeria. The Federation was predicated on the perpetual rule by One unit over the others. The Constitution itself contained provisions which negates the fundamental human freedoms which it purported to guarantee for the citizens. Thus they sowed by design or by default, the seeds of factionalism and hate, of struggle for power at the Centre, and abuse of power.

These are concrete facts that need to be address during the cause of restructuring.

At this point in time Ndi Igbo should be ready to embrace the slot of the vice president of this country, we should not allow ourselves to be used against ourselves in any form, more especially in the area of boycotting the  election come 2019. They did it in Anambara election and nothing was achieved, and this time it would be more dangerous and selfish on our own side to key into this idea. Let's work together as one to achieve this task and use the vice presidential slot to develop our land make  life easier for Ndi Igbo and all Nigerians at large.
We should not allow the struggle of Biafra to denial us this opportunity come 2019,

Again let us not be deceived by fake promises of  handing over to the Igbo's come 2023. They are just cheap political promises that we have being hearing since 2007 till now.

Let's support our own while we continue to clamour for the complete restructuring of this country Nigeria.

Nigeria needs to be restructured more especially from the political point of view, where all political parties in Nigeria will have a uniform zoning of the leadership of this country, where it will be agreed and written in the constitutions of all the political parties in Nigeria, that the presidential slot of this country will be rotational, where each geo political zone will be given the presidential slot every 8years, this will bring a balance in our leadership position, because true effectiveness requires balance.
In summary let us support our own for the post of the Vice president, let us  not allow ourselves to be used selfishly against ourselves. I believe that, having our own as  the vice president will be a stepping stone towards achieving our target and developing our land.
POLITICS