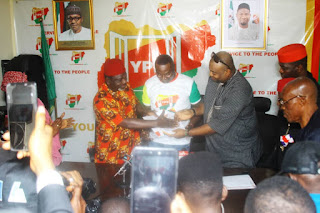 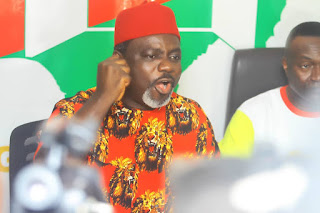 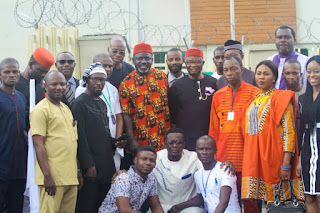 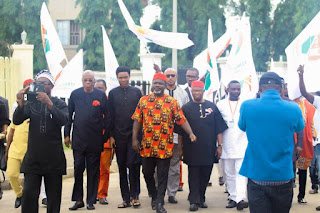 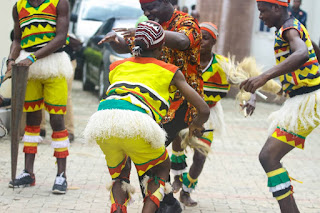 In a statement on his social media handle, Linus Okorie revealed that the next phase for journey to Douglas House begins.  As he expressed his heartfelt gratitude to everyone who stood by him through out this journey.

The Young Progressives Party(YPP) head office at Abuja witnessed a massive crowd  as Imolites and elites from all over the Country,  showing support for the candidature of Dr Linus Okorie as the Man for the number one seat in IMO State, filled every nook and cranny of it. Traditional dancers, music and chants filled the space as the experienced leadership coach majestically stepped into the Party office with his team to pick up the gubernatorial nomination form.

Dr Linus Okorie has orchestrated the highest form of consistency as he takes it up a notch by taking the required legal step to contest for the gubernatorial seat in IMO.

This is also a pointer to how eager,  Dr Linus Okorie is to bring onboard his years of experience as a leadership coach and expert to model leadership in Imo, Nigeria,  and Africa.

He has proven beyond doubt that he is more than ready to take his State to the desired level by his experience and impact in the Nigerian leadership space as he clinches the gubernatorial form ahead of the Party Primaries on Saturday the 15th of September, 2018 and general elections in 2019.

Imolites across the globe are rest assured that he is more than capable to bring the State to where it should be.


While fielding questions from press at the YPP Hqtrs ,  he said:

While my Mission: To model a world-class Imo state filled with endless possibilities through massive human capital development and youth employment, attraction of global and local resources, unleashing excellence in governance leading to a quality, productive, robust and thriving economy for all Imo people" 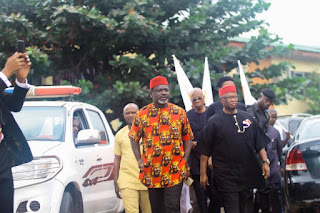 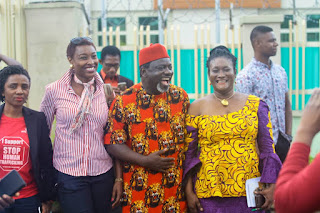 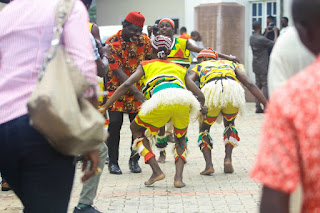 Linus hails from UmuEzike-egbu, Egbuoma in Oguta Local Government Area of Imo State. He is married to Nkiru with whom he has two daughters Ebubechukwu, Chimamaka and a son Chukwuebuka.
NEWS