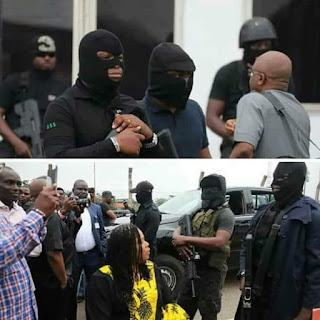 According to our sources, Acting President of Nigeria, Prof Yemi Osinbanjo has sacked  the Director General of State Security Services, DSS, Mr Lawal Daura for today's invasion of the National Assembly by masked SSS men .

It was reported in the early hours of today that the APC led federal government has perfected plans for the  impeachment of the leadership of the National Assembly, headed by Senator Bukola Saraki, Ike Ekweremadu and Yakubu Dogara.

The workers at the National Assembly were denied access into their offices,  Journalists were also barred from entering into the complex before the protest which saw the likes of Senator Ben Bruce raising alarm that our democracy is threatened.