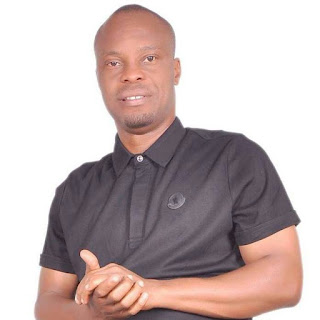 Mazi Chinonso Uba (AKA Nonsonkwa) was born  38 years ago in Onitsha Anambra state to the family of (Rtd) Inspector Christopher and Margret Uba of Umuokparanyanwu Umuokparafor Umunoha In Mbaitoli LGA Imo state.

He started early in the pursuit of knowledge when he enrolled at Ogui Nursery/Primary School Enugu..

He proceeded to Sacred Heart Seminary Nsude for his secondary education and graduated in flying colors in WAEC exams..

Chinonso's love for education led him to open a private secondary school;IMMACULATE COMPREHENSIVE SEC SCHOOL IFAKALA in 2005. For this reason he obtained another degree in Education
(B Ed English)

Also an Actor who has featured in over 20 Nollywood Movies,Fomer FINANCIAL SECRETARY Actors Guild Of Nigeria Imo state chapter & currently Vice Chairman of the Guild in Imo.
A Script Writer & Producer.

Nonsonkwa became a famous broadcaster when he joined Radio Nigeria Heartland Fm Owerri in2012 as an Igbo Presenter.

Today he is the Head Igbo Department Darling 107.3 Fm Owerri

The newspaper review programme he anchors every morning and other interesting programmes he presents in Igbo Language earned him an Award from OHANEZENDIGBO as The Commander of the Airwaves ( OCHIAGHA N'IKUKU NKE MBU NA ALA IGBO).

Nonsonkwa has also been honoured as the Best Igbo Presenter South East 2014.

Nonsokwa is a jolly good fellow,a true Christian father and an activist!