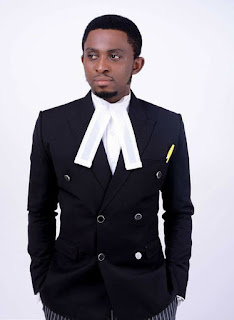 Born into the wealthy family of Chief C.Y and Dr Mrs.  P. AN Onwubuariri on the 7th day of July in  1981, a third child in a family of nine children among which 5 are boys.

His father being a retired Principal and currently the traditional Prime Minister of Amato-Amaraku Autonomous Community, and the mother also a retired Principal but very much devout and committed with the things of God. These two backgrounds shaped and molded young Barr. Chijioke into what and who he is today.

Armed with these, he started his educational pursuit very early in life, thus he attended Umunkwo Primary School between 1987-1993 where he got his First School Leaving Certificate. In 1994, he proceeded to the Innocent Comprehensive Secondary School Ijeshatedo Lagos and got his SSCE in the year 2000, with four distinctions and five credits. Barr Chijioke Onwubuariri did not stop there as he passed his jamb and immediately secured admission to study Law at one of the most popular higher education institution in Nigeria - Abia State University, Uturu.

He graduated in the year  2008 with Second Class Honours,  Upper Division and same feat was achieved at the Nigerian law school,  Kano State province and was immediately called to bar on 4th September,  2009. Soon after, he went ahead to serve the fatherland in Osun State,  Nigeria under the NYSC Scheme.  He secured his Discharge Certificate and without wasting time went into legal practice. To add practical experience to his knowledge from classroom and textbooks models, he got attached to IBB Madubuko & Co Chambers at its then Okigwe road office in Owerri.  Being a very brilliant and smart young man, Barr CJ as he is fondly called learnt under little or no supervision. And while on tutelage, he served reasonable under his erstwhile principal, I. B. B Madubuko (Esq.)  and left a mark in that chamber.

However, with the weight is experience he acquired at school and while on tutelage coupled with his love for human right and social social justice, he did not waste time in opening his own firm,  Onwubuariri and Onwubuariri Law Consult  (Opinion Chambers) here in Owerri at 43 Okigwe Road, and as at today,  Onwubuariri and Onwubuariri Consult is a household name within Imo State and it's environs. No doubt, this no mean feat were as a result of combination of many factors which include but not limited to the following -diligence, commitment to clients welfare, love for the profession and humanitarianism. Within his 10 years of active practice, Barr Chijioke has not lost any case, he handles his clientele issues with preference and deserved attention.


Character wise, Bar Cj  is a man of valour, very practical and does not massage issues, he's sincere (as in the real sense of the word)  open, bold, gregarious, outgoing, compassionate, philanthropic and a humanist. He would rather prefer to lose a precious valuable than have justice perverted.

Back home, he is the unsung hero of the Onwubuariri Dynasty. His love for the youth and zeal for poverty eradication, youth and women emancipation and good governance led him into founding a notable association called Yagazie Obodo Dinma Association of Nigeria.  Barr Chijioke Ethelbert Onwubuariri has several awards to his credit, among them are the Most Friendly Youth by the SUG, Alvan Ikoku Federal College of Education Owerri, Ambassador of Peace by The Millennium Development Ambassadors Initiative, USA. Icon of Pragmatism by the SUG Abia State University Uturu and Okeosisi 1 of Atta. Aside these, he loves and partakes in indoor sports, travels wide for expeditions and listens to good music in as much as these, Barr CJ is happily married to his beautiful wife, Mrs Cindy Onwubuariri and the marriage is blessed with three boys
Profile