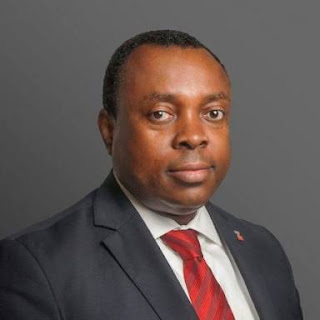 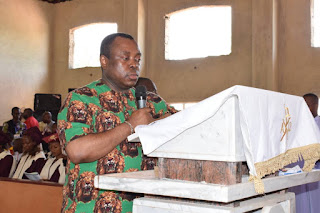 The man behind the giant strides of Goodlight Foundation Unveiled

As Africa gets set to witness the most glamorous award of the year.

Stanley Chiedoziem Amuchie is a First Class graduate of Industrial Chemistry from the University of Benin and holds M.Sc. in Corporate Governance from Leeds Beckett University, UK. He started his career at Arthur Andersen, Lagos, Nigeria (now KPMG Professional Services) in September 1995 where he rose to the level of a Senior before exiting the firm in February 2000 to work in the banking industry.

He joined the Financial Control & Strategic Planning Department of Zenith Bank Plc in February 2000 and he is currently the Group Chief Financial Officer of the Bank. In addition to his current responsibilities, he was at various times in-charge of the coordination of the Group’s Foreign Operations and Real Estate Operations.  Prior to the Bank’s election to operate as a Commercial bank with foreign authorization, he held the following positions in the subsidiaries of the Bank; Chairman – Zenith Securities Limited; Director - Zenith Trustees Ltd, Director – Zenith Bureau De Change Ltd.

He is the Founder/President of The Goodlight Foundation.

He is a recipient of various Awards and Honours both by the Church and his Community. In recognition of his support and work in God’s vineyard, he was admitted into the Order of the Knighthood of St. Christopher (KSC) in 2007 by the Anglican Diocese of Mbaise.  A few of other awards and honours include:
1. Diocesan Award of the Diocese of Lagos (Anglican Communion)
2. Diocesan Award of The Anglican Diocese of Mbaise
3. Friend of the Guild by the Guild of Stewards of the Diocese of Lagos Anglican Communion
4. Ezinwa of Allsaints Anglican Church, Uvuru
5. Award of Excellence by Uvuru Federated Union Lagos Branch
6. Award of Excellence by Ama-asaa Uvuru Progressive Union, Lagos Branch
7. Imo Hall of Fame by Imo State Towns Development Association, Lagos
8. Award of Ezi-Ihe of Umudinka Ama-asaa Uvuru
9. Patron, Imo State Towns Development Association, Lagos

Stanley C. Amuchie is happily married to Lady Ifeyinwa Amuchie and the marriage is blessed with five Children.
Events Profile