THE PLACE OF COMMON SENSE IN OBOWO POLITICS 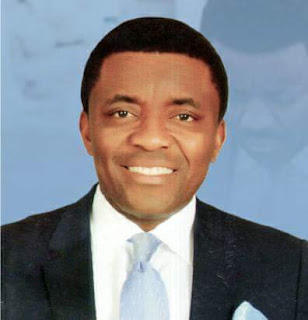 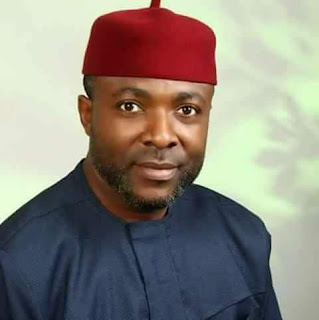 There have been several attempts to heat up the polity in most recent times by some persons whose new found stock in trade is to abysmally set brothers against brothers, communities against communities, youths against youths, and mothers against mothers, thus, constituting inimical elements to the growth and development of our dear Obowo.

Isn't it an ear-sour that whilst some men are committed to working out a better and greater Obowo through massive youth empowerment, infrastructural development, and effective and quality representation both at the Federal and State Legislative Chambers, some Obowo sons are busy committing themselves to some discordant and cacophonous drum-beats that are only but mere invitation of feud amongst Obowians, thereby distracting us from concentrating on the very key questions of infrastructural development, human capital advancement, and most importantly, placing the Obowo on the world map, which questions require the completion of their answers as our own sons have already began to proffer answers to them.

You see, we have gone beyond the politics of rice and beans, toro- na-afu, ji na okuko; if you can't attract evident dividends of democracy for the common good of Obowo people which includes: job security in the State and Federal Civil Service, attraction of Capital Projects, Reasonable EMPOWERMENT, etc., then take to your shield.

Who are truly the real enemies of Obowo?

We need not go to Okija Shrine in Anambara to consult the chief priest to reveal to us who the real enemies of Obowo are! We have no business embarking on a voyage to Beijing China for divination and enchantments in the bid to unravel who our enemies are!! The true enemies of Obowo are here with us. 'Ihe shighe nkapi shi n'ime ahu ya'.

You see, it was this type of behaviors that warrant Apostle Paul to raise alarm in Galatia by asking them, *O ye Galatians, who have bewitched you*?"  (Ndi Galatia, onye riri uche obi unu?). *see Galatians 3:1-3*)
What has come upon us, Ndi Obowo? Was this the Obowo our late Sage, Dee Sam Onunaka Mbakwe wanted to build? Akpakwara ihe a akpa eeehhhh?
Lele ariri lele ariri!

We have gotten to the point where we are eminently qualified for speakership in both the IMO State House of Assembly and the House of Representatives. We have in the recent political dispensation, our own sons whose involvement in the government of the day reflects prominence. Both of them are best positioned for Speakership. We need to ask ourselves at this point whether we want speakership or give it out. Whether we want to place Obowo on
the world map or keep it under the lamp stand of some cabals.

I am sure they are engulfed by ignorance and would certainly wake up. Yes, ignorance. They would certainly rise. My only worry is for them to recover whilst it's day for them, lest, they are greeted by the night's perils. And when they finally get awoken, may the spirits of our forefathers forgive their itinerant ignorance.

The empowerment scorecards, leadership strides, and goodwill credentials of Hon Chike Okafor and Hon Barr Kennedy Ibeh equals non in Obowo and Okigwe South Federal Constituency. If you have not benefited directly, someone in your family or your friend must have benefited. The mightiest Free Medical outreach that witnessed surgeries in Imo State and the entire South East was carried out by our son Chike Okafor. It's tsunamic to combine the duo of Kennedy Ibeh and Chike Okafor. They surely our best bet for a greater Obowo.

How can one of us conspire with intruding externals to truncate the foreseeable fortune of Obowo? What is our target for 2019? How big is our stake? What's our calculation? If our stakes are in Parliaments alone, who gives us Ranking? No other in the House of Representatives than Hon. Chike Okafor, in Imo State House of Assembly, Hon. Barr. Kennedy Ibeh (Nkenkenyi Obowo)  or Hon. Celestine Ngaobiwu  (the choice is yours to make) ... Only a RETURNING AND RANKING member can give us a PRESIDING OFFICER (Speaker or Deputy) or PRINCIPAL OFFICES. In the Rules of the Houses, only Ranking members enjoy these rights.

Ndi Obowo Slaughter not the future of Obowo on the altar of selfish politics!!!