Imo Guber 2019: I WILL ENSURE THAT ALL DEBTS OWED BY IMO IS CANCELED, SAYS OKORIE 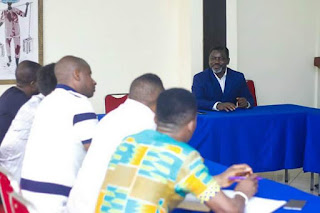 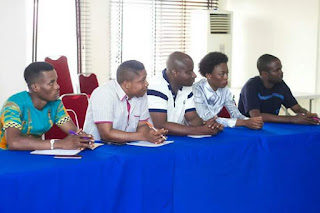 A leadership expert and Frontline Imo Gubernatorial Aspirant,  Linus Chinedu Okorie has said that he will use his connections and goodwill with international bodies to ensure that all the debts owed by Imo state is canceled.

He disclosed this during an interactive session with members of the Online Media Practitioners Association of Nigeria (OMPAN) at the weekend.

Speaking during the session, Okorie said he would tap from former President Obasanjo’s wisdom by negotiating with the Debt Management Office to ensure a cancelation of all debts owed by Imo.
It will be recalled that a group called Imo Economic Development Initiative (IEDI), led by it’s chairman Prof. Maurice Iwu, alleged that the domestic debt of Imo State as at January 2018 has hit N93.27 billion.

Responding to questions during the session, Okorie said that his vision for Imo state is transparency in governance, eradication of mediocrity and enthronement of a sound human capital development policy.

The 44 yr-old gubernatorial aspirant said there will be a talent discovery programme whereby the state government would establish special schools to train youths who are unable to attend the university.
Speaking further, Okorie said he would convert Oguta Lake to a world class tourist center and create the enabling environment for foreigners to invest in Imo state. He said he would make extensive use of community policing to put crime rate in check, adding that he would revitalize the existing public schools in the state such that the private schools will no longer be attractive to the people.

According to him, he will promote a system whereby each tertiary institution in Imo state will have an MOU with international institutions and every brilliant student in Imo will be provided with scholarship.
Speaking on his pedigree, Okorie said he has prepared for 24 years to become governor of Imo state. In his words,

Okorie said he has appointed 27 LGA coordinators for his election campaign, adding that all the Traditional Rulers in Oguta LGA have officially endorsed him as the right choice for Imo governor come 2019.  He said he has “recruited veterans in Igbo language specifics who will be some of the drivers of the message “, adding that from the 2nd of June this year, his political structure will be in every local government area in Imo state as they officially announce our political party.

Linus Okorie was born on 30th April 1974 in Cameroun in a town called Kumba, South West Province.  He attended his Primary School at St. Johns primary school, Kumba, South West Province, in Cameroun. He was the Senior Prefect at Government College Owerri during the period when he attended that school and later, he became the first elected Students Union President at the Imo State University, Owerri where he read History and International Relations.  He holds a Masters Degree in Organizational Leadership from the Regent University, USA and is currently studying for a PHD programme in Strategic Studies. He is the President and founder of Guardians of the Nation International (GOTNI), a non-profit organization based in Abuja. He is a conference speaker and a regular guest in many print media, radio, and television platforms across Nigeria. He is the radio and TV host of "The Leadership Clinic." Okorie is an Alumnus of International Visitors Leadership Programme (IVLP). He is a member of the Third World Leadership Association (TWLA) based in the Bahamas.
Linus Okorie hails from Egbuoma in Oguta LGA in Imo state.
POLITICS