Hope For All Foundation Holds First Inaugural Lecture in IMO 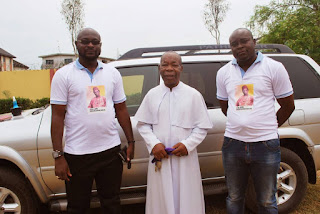 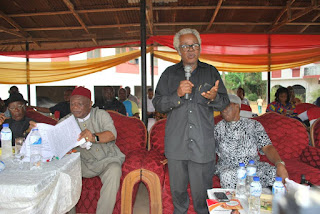 The first series of inaugural lecture of Hope for All Foundation  held in memory and recognition of the contribution  of HRH Eze Onuegwunwoke ,the Eze Oha1 of Ihite-Oha, was presented on Saturday at his Eze Oha palace in Akwakuma ,Imo  state with the inaugural lecture titled “The Role Of Traditional Rulers In A Democracy " 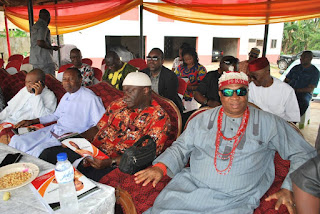 The inaugural lecture which was delivered by Prof. Goddy Nkem Onuoha was chaired by the Sir Ambrose  Ejiogu as the program also featured a three days youth entrepreneurship and empowerment program held before the lecture to encourage youth in our society in different skills like Animal farming, catering ,bead making, Liquid soap and make up.

While proffering solution on how they  can preserve tradition ,customs and culture ,Prof .Onuoha  opineb that custom and tradition defined the people being, their way of life and shared beliefs .


He averred that the two give the identity to any community and it is variation in their values that distinguished one people from another .

He opined that the attempt to give them a constitutional role in the course of preparing the1999 constitution ignited a verbal war of wits that nearly turned physical.The military craftily let the sleeping dog lye and of course the captains of our present democracy will rather let he sleeping dog drift into comma.


Prof Onuoha further disclosed that Eze Onuegwunwoke communed extensively with ,on equal if not superior note with the northern Emirs and Western Obas in pursuit of this agenda in stabilizing Ezeship in Nigeria.

In his address ,Mr. Rowland Iheukwumere Onuegwuwoke, Foundation Chairman said," the foundation was founded by the family and friends of the late monarch in remembrance and recognition  of his contributions to his people, Imo state and Nigeria at large. It is with great joy and gratitude that we welcome all who have come to honor this occasion and show support and recognition for the little contributions made by the late HRH Eze Dr Onuegwunwoke during his life time."


" Eze was a man who loved and appreciated his people, he knew he was nothing without his people and so gave back to them the much he could in different ways as God guided him. Like he would always say that uwa ya Ozo oga enwe mmanu mmanu Enwere kwa ya which means that in his next life he would have people and people would have him. "


"Eze did his best to make peoples life better in areas like education scholarship, jobs , hand work as we call it skills today and money to the poor. He was a sportsman and also encouraged youths in different tournaments.


It is at this point and day that we wish to say again rest in peace our great father and mentor as u live on in our hearts and the hearts of all who have gathered here to appreciate u through this foundation and God almighty who has made it possible. We remain humbled."