"Your votes do count. Go get your PVC" - Dr. Linus Okorie 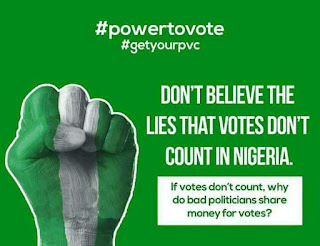 On Thursday 19th April  2019, Dr Linus Okorie who is vying for the position of Governor in Imo State made an update on his Facebook page asking people to go get their permanent voters cards (PVC) because their votes actually does count 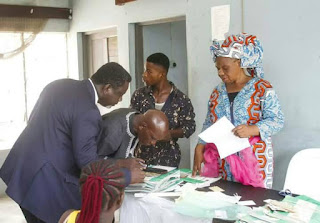 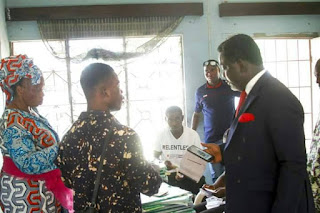 "Don't be deceived that your votes don't count.
It's because they count that those who want to circumvent the process dish monies to purchase your mind and your vote.
Go get your PVC, for with it we can institutionalise transformational leadership


With the current registration exercise, it's possible to transfer yours from whenever you were registered before. I've initiated mine and it was a smooth process, too." He said.

In the same vein, the publisher of Arise Africa Magazine, Mr.  Anyanwu encourages people to go and get registered. He said: 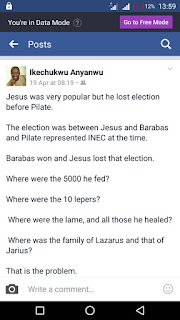 "Jesus was very popular but he lost election before Pilate.

The election was between Jesus and Barabas and Pilate represented INEC at the time.

Where were the 10 lepers?

Where were the lame, and all those he healed?

Where was the family of Lazarus and that of Jarius?

That is the problem.

The right people will not win election when believers refuse to participate in politics.

Pls lets go and get our PVC.

I have gotten my voters card and I know that my vote, wife, mother, brothers, sisters, friends and all those within my sphere of influence would COUNT"

Dr. Linus Okorie recently said he will put an end to money politics in Imo State and he and his supporters will move as a 30,000 member group to join a political party.
POLITICS