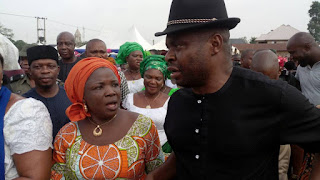 It was another remarkable and historic day for the people of Oru West Local Government as they came out in large numbers to witness the empowerment of women in Agriculture by the Prince and Princess Ken Foundation led by Princess Ononuju on Friday, 6th. 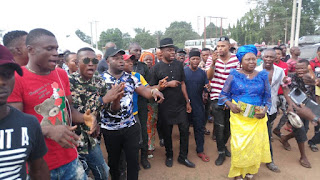 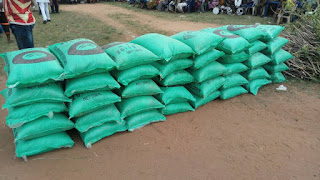 Speaking during the flag off,  Hon. Barr. Mrs. Nnanna Okoro, the Commissioner of Agriculture and Food Security commended Princess Ononuju for empowering the women of Oru West in the areas of Shelter and food. She noted the crowd in attendance is a clear demonstration that another Owelle has emerged in Oru West LGA and urged everyone to support her as she empowers women through the distribution of fertilizer and high breed cassava stem and seeds to women 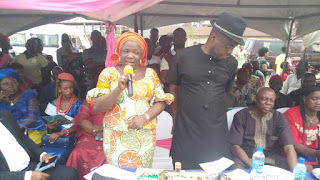 Hon. Okoro also stated that the ministry of Agriculture would partner with her foundation to ensure there's food security in Oru West.

Hon. Uju Kingsley Chima, in his address,  commended the traditional rulers, women and the youths for coming out to support their own. He stated he believes so much in whatever that would bring development and commended Princess Ononuju for coming up with such a laudable initiative where the women would be empowered with the necessary seedlings and fertilizers for the farming season.
Hon. Uju Kingsley also assured the people the issue of power would soon be a thing of the past in Oru West LGA and the state government plans of transforming Mgbidi into a model city with solar lights, park for trailers and a remodeled market befitting of a city.
From the venue of the event, the next port of calls were, the country home of Princess Ononuju for refreshment and the palace of the traditional ruler of Ozara, HRH Eze Onyeka Ononuju for royal blessing.
On Hon. Uju Kingsley Chima's entourage were:
Commissioners> Jones Uzoka,  Emeka Benjamin, Ugochi Nnanna Okoro, Dominic Mgbe, TC Chairmen of Oru West,  Ohaji/Egbema and Oguta> Hon. Obinna Okoro, Amadi Ebenezer and GTO Mgborokwu. MD, ISOPADEC,  Hon. Chidi Nwokotubo, Gozie Nzeribe,  Frank Iworisha,  Cally Nwokoma,  Osondu Chimaokwu,  Emeka Igwe,  Olisa Maduagwu and host of others.
Events NEWS