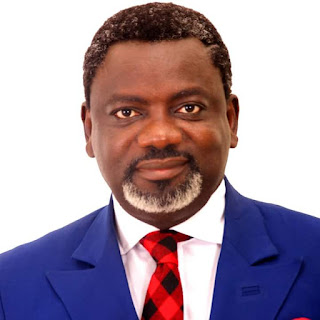 Once again the tide is set to turn in Imo Gubernatorial election because it's a common notion in the State that Governor Rochas Okorocha has not performed to the expectation of the Imo people, his worst political ploy is his attempt to produce a successor, an effort that has caused lot of division in the his camp as it has not really  gone down well with most of the stakeholders. His close and trusted allies who had their eyes set on the seat for a long time but were disappointed

Secondly Apc as a party has failed to deliver on their numerous promises made to the electorate.  So come 2019, it would be a difficult task for the party to win election in the south east. A clear example is what played out in Anambara where APGA won despite the Federal might.

Imo people are ruminating on who to choose next to occupy Douglas house come May 2019 and the emergence of  Dr Linus Okorie who recently made public his intention to run for 2019 Governorship election is like a beacon of hope to Imo People, yes he is like the long awaited answer to an extensive prayer.

Dr Linus Okorie a Leadership Development Expert and President of Guardians of The Nations International is over qualified to lead the state because his expertise on youth empowerment is what Imo State and Nigeria needs now, someone capable of developing and initiating innovative socio-economic programs that can lead to  job creation and employment opportunities for teeming population of unemployed youths in the state country and help them claim their aspiration and achieve their dreams.

Moreover this is one area that Governor Okorocha has been found wanting and one of the problems in the state that seems an uphill task to his generation.

Imo  people are no longer looking for the much awaited change that they need in the state, because an accountable, result oriented gentleman who is also known for his integrity, transparency and uprightness has just entered the picture,  suddenly all seems bright and beautiful in Imo and the people are ever more hopeful that the future of IMO is more assured and stable.
Once Dr Linus Okorie clinches party ticket after primaries election, then thee will be nothing to stop him and because none of the other aspirants can boast of his ingenuity.

Many in Imo believe that this man who is on the mission to model a world class Imo filled with endless possibilities through massive human capital development and youth employment, attraction of global and local resources and unleashing excellence in governance leading to a quality, productive, robust and thriving economy for all Imo people . Imo needs his Midas touch.

Dr Linus Okorie is a passionate and devote christian who hails from Umu Ezike-Egbu, Egbuoma in Oguta Local Government of Imo State.

In recognition of his exceptional contributions to leadership development, he has  been honoured by the United States of America Government and several international bodies.

Linus Okorie for over 24 years has been known as a relentless icon in the quest for good leadership in public and corporate governance in Nigeria. His vast experience in leadership coaching, mentoring and advocacy across the world has distinguished him as a trusted name in leadership excellence.

He is the founder and President, Guardians of the Nations International  (GOTNI),  a leadership development non-profit organization, which has developed 15 leadership brands to train and nurture youths,  elected officials and the general public on effective leadership skills and values. Consistently, Linus Okorie has carved a niche as an authority in leadership development with a career development path defined by the principles of selfless service, dignity and integrity.

Linus Okorie is also the managing Consultant of New Vision Consult a world class leadership consulting firm he founded in 2007, advising and training top level government officials, military and paramilitary as well as the private sector.

He is driven by a desire to engender the dividends of democracy to the people.

For far too long the people of IMO has not had it right after the days of Sam Mbakwe.  This sad situation is about to change for the good as Dr Linus Okorie has stepped forward.

He has demonstrated through his numerous leadership development program that he cares for the people and would make human capital development and top priority.  Only time will tell if Linus Okorie is Imo Reedemer.
POLITICS