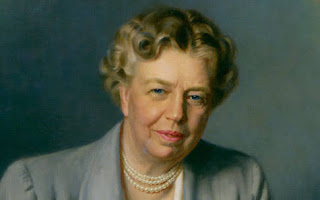 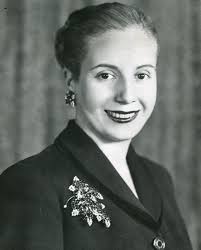 The leadership coach and Leader of Imo Nkeanyi movement had a Training session with Imo Women yesterday 15 April 2018 at Rockview Hotels Owerri which saw women trooping out in their numbers with their husbands.

It was a robust time of intellectual experience. He started by asking the women "Who wants to make a difference? "

Because the world is looking for influencers.

The world is looking for women influencers.

Women that can change things that can mobilize and transform individuals, systems, institutions etc" He said.

According to the leadership coach and leader of Imo Nkeanyi:

The makeup of a   woman is such that the woman is an influential person.
It is either she impacts you on the positive or negative. "

How many people have heard the song "Dont cry for me Argentina?”. The song is written because of a woman that is called Eva Peron.

Eva Peron is perhaps the most widely known female figue in Argentine history. Evita as she is often known was instrumental in championing both the rights of workers and Women's right and was given the tittle Spiritual Leader of the Nation by congress in 1952 when she died.

She was the wife of President Juan Peron
A woman that supported the husband so much that her husband succeeded in his quest to become the president of Argentina.

She was so powerful that she helped effect the change which made the women to have  the right to vote in her country.

She was so powerful that while working on the street , people would stretch to touch her.

At some point,  she went around the world meeting with different head of states to support her husbands vision to transform Argentina.

Evita Peron died at age 35 years as a result of cervical cancer. Have you ever seen that a woman after she died, a movement was raised in her name. That was how powerful she became

Another woman of repute that I would like to talk about is Eleanor Roosevelt.
Eleanor Roosevelt was the wife of the 28th American President.
Her husbank Franklin Roosevelt ruled America on a wheelchair.
1932, America went through depression. This woman stood by her husband. The man went to radio station and talked to Americans in such a way that the people who had earlier withdrawn all their money from the banks out of fear after they must have heard him, they returned their money back to the banks which helped the economy came back.

This wonderful quote  people use till date came from a woman.

What does a man want in a woman?

Every man needs a woman that would support him.

It is impossible for a man to respect a woman who lacks the capacity to become a support system to him.

The power to create a support system for your husband is very much important.

As a woman you must be able to influence your home positively.  Every man needs  a woman that would be his cheer leader.

For the society to be great, the  family  has to work again. And for the family to work, the women have a great role to play.

Do you know that most people develop low self esteem in life because their mothers did not play a good role in raising them up. Ask most successful people today, their mum played a great role in shaping their views in life.

Whenever a man is in power and there is some element of wickedness associated to that man, Look closely you would find out that somebody is not doing her work very well. The simplest person to be controlled is the man because men are babies.  Every woman knows what/How  to influence her husband  and so can influence him more than anyone else either positively or negatively.

No matter how broke a man is, there is a kind of woman he will marry, the woman would help restore his self esteem and that alone would cause the man to bounce back. A typical example is my life. When I first meet my wife, I was living in a Boys Quarter. My room had both my library and international office. Yet when I wanted to know the kind of woman she was, I brought her to my home. After which I proposed to her and she said yes. And that is the best thing that has happened to me..

She brings out the best in me. My wife urges me to add value to people . She is not materialistic. Always wants to know if other things are in place before I attend to her personal needs. I can boldly talk about her because she is a support system that is so powerful.  If any income comes into my account, she puts into pressure to explain and am very much accountable to her.

A WOMAN has to first of all become a leader in her home, office, business whatever she does people. When that happens, people would start respecting her.
Respect is trust nobody gives it to you until you earn it.

Any system that knows how to empower women would go far. We are not talking of empowerment of  Keke or soap making.

What does it really mean to empower the woman?

First elevate the mind of the woman and impose certain intellectual and attitudinal  content.

A woman is who she is because of what is inside her and  not is what is external. What is outside is usually make up.

Most women spend quality time only on what to wear to appeal to other people forgetting that we are in a global village, the packaging should go beyond external.

What kind of skill does a woman need in order to elevate you that your relevance appears to all.

1. Seek for self re-invention

What does it mean?

It simply means to reinvent yourself.

Reinvent yourself everyday so that when somebody comes to you, they would see something new. When you know more, your mind opens up, when you become a perpetual learner, you grow in confidence, knowledge and once you  whenever you open your mouth people would respect you.

You first become a leaner, then you find out what is going on around your system, when you have been able to do that,

In our system, people thrive based on who they know. Interestingly, Nigeria and the world are changing. Technology has taken over.  Our resource is quite scare, what happens now is that; WHO you know does not count. It is  WHAT you know that matters. Leadership flows to the one who knows.

Are you the type of woman the government  would remember to come and sing praises to them?

The purpose for women is not to sing praises  for every politician.  Some sing for politicians that is not worthy of respect.

You are to seek out people that would make a difference and impose them on the system.

If the society does not work, your family would be affected.

The Quality of governance is directly proportional to our quality of life. So many girls go into prostitution because of lack.  We must impact our society.

Self re-invention is that you seek to know more than what you know now. It is impossible for you to give what you dont have.

Develop your capacity in various areas of life. If you present yourself well, people would respect you.

Learn how to read books. If you do that for one year, your life would not be the same.

Have an idea room, when an idea hits you dont be a talker. Do something about it.  I hear people talking about ideas everyday which they never execute.

GENERATE IDEA + EXECUTION OF THE IDEA.

Become an innovative doer. It doesnt end in talk. We must do something to ensure the emergence of quality leadership in our country and dear Imo state

Something fresh and new is coming and we all have to key into the vision of Imo Nkeanyi to make it happen.

BUILD AN INTERGRITY SYSTEM,
You have to be reliable. Trustworthy. Almost everyone running for office have abused public trust.
Bill Gates came to Nigeria and said the greatest investment we can make is on the people and that is exactly what we have been doing for the past 24 years.

We are laying emphasis on human capital development. You can become all that you want to be in life if you are first of all liberated from the slave mentality.