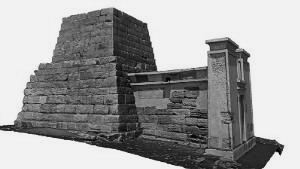 Meet the innovators and inventors who are driving Africa's tech revolution.

The archaeological wonders of the world offer a rich window into the past. But many are crumbling, weed-laden and victim to vandalism and conflict.

UNESCO World Heritage Sites, such as those in Libya and Mali, have been caught in the crossfire of regional disputes.

Concerned with the decay of African heritage sites, The Zamani Project, based at the University of Cape Town, South Africa, is seeking to immortalize historic spots in three-dimensional, virtual reality-ready models.

Professor Heinz Ruther steers the project. He ventures up and down the continent -- visiting Ghana, Tanzania, Mali, Ethiopia, Kenya and elsewhere -- recording in remarkable detail the structure and condition of tombs, churches and other buildings.

The project's aim is to build a database of complex, lifelike 3-D models. Presently, they've mapped around 16 sites including Lalibela in Ethiopia, Timbuktu in Mali and Kilwa in Tanzania

The project's been running for 10 years and the team have digitally archived locations in all corners of the continent. Its mission is a worthy one: to preserve sites for future generations.

Each site can take the team months to document. They travel to unsafe, hostile regions with high-tech laser scanners and drones. "(People) are suspicious as they think it is for military use," According to Ruther.
record the archaeological structures, they position the scanner at various angles around the building, sending a laser which records around 10,000 points per second.

"We use GPS measurements and try to cover every single aspect of the sites, that is every single corner. We go to areas which are not very attractive -- we cover everything," Ruther explains.

Back at the university they collate all the spatial data to create the finished product, which can be experienced in virtual reality.

"If you put Oculus glasses on you can walk through the sites we generate," Ruther says. He claims The Zamani Project is the only African-based organization 3-D mapping cultural heritage sites.

World heritage sites have not only been mapped in 3-D, but also built using 3-D printers.

Palmyra's Triumphal Arch, which was destroyed by ISIS in Syria to global condemnation, was reconstructed using 3-D printing technology based on images previously captured of the structure.

The project was undertaken by Oxford's Institute of Digital Archaeology, created to express solidarity with Syrians and the effort to preserve archaeological sites under threat.

There is a perennial threat to heritage sites from human activity and nature.

"A slow deterioration (can happen) as vegetation grows over the side (of buildings). People also use the stones of the buildings to build their houses. It's a wide range of things, including terrorism,"

As of 2017, Africa has 138 UNESCO World Heritage Sites -- a small number given the amount of important historical and cultural landmarks on the continent.

While efforts increase to bring recognition to African heritage, safeguarding this past could depend on high-tech methods used by Ruther and his team.