on November 28, 2017
Engr. Eze Ekene Norbert -A POLITICIAN BECAUSE POLITICS IS A DECENT GAME... 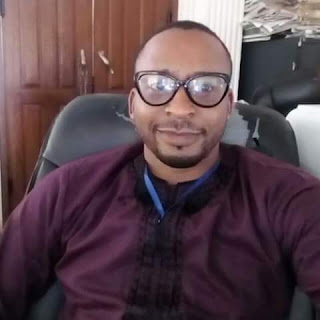 POLITICS is adequate utilization of available resources for the good of mankind.

The issue of politics is something that concerns all of us. Man they usually say naturally is a political animal and the quest to dabble into politics amongst other intentions is to contribute to the development of the system; because is only when one is in the system that he will understands how it works and the need to challenge certain decisions whether is obnoxious or otherwise.
Firstly,
Is that the will of God permeates and supersedes every aspect of life. It is God's will that takes precedence over everything and everyone (matt 6:33). What he proposes, He will bring to pass. No one can thwart his will(Daniel 4:34-35). In fact, it is God who sets up kings and deposes them because the most High is sovereign over the kingdoms of men and gives them to anyone he wishes(Daniel 4:17). A clear understanding of this will help us to see POLITICS as mere instrument of God's accomplishment of HIS WILL.
Secondly,
POLITICS they say is a dirty game. It is presumed a dirty game because it's involved to maintain high integrity, devoid of slander, character assassination, envy and jealousy etc.
I DON'T BELIEVE SO.
I am in politics because it is a decent game and can be made decent by determined participation of clean, disciplined and God fearing people. Indecent people" irresponsible, unscrupulous and dishonest people" in politics gives it the negative impression. Such ones come along with garbage that seems to portray every politician in that light.
Finally,
I stick to the rules of the game which is fair play because is an opportunity gives to us by God to better the lives of our people.
From the colonial era to the post independence period Nigeria politicians were visible and played critical roles in the evolution of democracy in our great country at various levels. Such names as Dr.Nnadi Azikiwe, Chief Obafemi Awolowo, Dr. Michael Okpara, Dr. Samuel Onunaka Mbakwe, etc readily come to mind.
We must rise up as Youths and take our due positions in politics of the country because
WE ARE NO LONGER THE LEADERS OF TOMORROW BUT THAT OF TODAY.