Nneoma Okorocha: On Life As First Lady Of Imo State 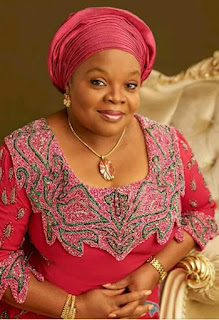 NNEOMA OKOROCHA: On Life As First Lady Of Imo State

Mrs. Nneoma Nkechi Okorocha has a personality that endears her to all. Perhaps, the most impressive thing about the First Lady of Imo State is her humility, putting us at ease with a warm welcome as we settled down for this chat.

The enigmatic woman with a heart for philanthropy, a trait which she has in common with her husband, reveals all about her marriage to the governor, her charity works, coping with criticism and slander in Government House and her scoop for successful marriage amongst other issues.
Being married to a politician requires a lot of perseverance because they’re hardly around the house.

Q:How do you cope with that manner of schedule?

Nneoma:
"He is truly hardly there but that is not necessarily because he’s a politician. He’s someone always on his toes 24/7 – and he’s been like that long before he joined politics. I will always tell women that there is need for them to understand why God has given them the opportunity to be wives.
Some work need to be done and once that fact is duly established, it makes it a lot easier for you not to bother about mundane things. I believe that my husband is on a divine mission, especially as it concerns the down trodden and the less privileged. So, I understand that I just have to make the home front peaceful and to make it peaceful starts with understanding why he’s not available at the time I want him. I think it’s been a journey but I thank God for opening my eyes to understand why He has called me to be his wife."

Q:What were the qualities that attracted you to him before marriage?

Nnneoma:
"I saw him as somebody who knew what he wanted; one who was focussed and who will do what he feels is right to do – not necessarily because everybody wants him to do it. Those were some of my attraction to him. He doesn’t feel anything is impossible.

Q:How has it been so far? Was there any time things got so bad and you felt like quitting the marriage?

Nnneoma:
Never! That is because, from day one, at the point I was saying ‘yes’ to him, the plan was not for me to quit after about five, ten or fifteen years. I don’t even know the address to my village. One thing that will help you as a wife is the understanding that you don’t have any other choice than to make the marriage work. It’s when you have Option B that you can try something else. ‘It’s until death do us part.’"

Q:At what point did you set up your foundation? And what informed it?

Nnneoma:
"Well, we have a family foundation which is Rochas Foundation and even before I became the wife of the governor, I had mine named ‘Women of Divine Destiny Initiative’. When I became the wife of the governor, I just thought I should still go on with that.
By the way, I’m passionate about the woman and the family. As I have told you, I have a wonderful relationship with my husband and my children. I know that some people have issues in their homes. When I sit down and analyse the marital problems, for me, they are things that shouldn’t even be in the first place. That was why I came up with the initiative; to gather people to approach God through prayers and, of course, educate women with the scriptures and help them become the women God wants them to be.
In my foundation, we have some offshoots. One is: She Needs a Roof Project . This is a project created to put a roof over the heads of widows and orphans. Having been able to travel far and wide, I came face to face with the living conditions of these widows and orphans. Some of them are living in homes where you cannot expect human beings to inhabit. Our researchers revealed that it had affected them psychologically.

To the glory of God, we have been able to build almost 200 houses, fully furnished for widows and orphans. I want to say (that) I’m excited and grateful that God found me worthy to be used as a vessel to give hope to the hopeless and put smiles on the faces of people. When we hand over the houses to these people, you would see different beings altogether. That is my joy; the diamond and gold I like to wear.
We also have the Morning Women Prayer; we gather every month to pray for the country, state and families.

Coming from Jos, every last Friday, we cooked at Mosalashi Jimoh (jumat service) because my family believes so much in giving – we used that opportunity to feed the less privileged. We continue to feed the poor in Imo State. We cook by ourselves with some political appointees and we go out to feed the poor.

We also have a leadership summit; we bring students from public and private schools together and speak to them. We realise that the problem we have as a people is that of leadership. Africa is looking up to Nigeria and we believe in catching tomorrow’s leaders young.

Q:What do you feel about him contesting to become Nigeria’s president three times and failing?

Nneoma:
I said to him, at a point, after the All Nigerian People’s Party (ANPP) issue; I remember, they were driving around the streets of Jos immediately after the loss. I told him “I hope you know it’s not your problem that you didn’t win. If there is anybody whose problem this is, it should be He that had sent you to go and do what you’re doing”. I said it directly in his face “Go and believe that God is still preparing you.

That it didn’t happen then means that it’s not yet time.” *Turning to her husband, “If you remember, you almost got it”."

Q:You have been married for 30 years now and you also have two happily married daughters. What are the nuggets you would share with young women who desire successful marriage?

Nneoma:
"What I would say to young ladies of our time is that they should first establish a close relationship with God. I’d also like to warn them to be careful about whom they call their friends. They have to be careful who they surround themselves with. In my nearly 30 years of marriage and till now, I don’t think I had ever gone to anybody – family members, let alone friends – to discuss issues that I’m having with my husband.

With due respect to my family members and friends out there, none of them is qualified to interfere in issues about my husband and I! The reasons you might want to know. When they’re going to get involved, some of them would be trying to be overly protective of you; they would be speaking from the emotions they have for you, which may not be what you need at that time.

So, I advise young ladies and even married women to watch their company. Know what you allow yourself to hear because who you become is a product of what you hear.

Q:There was a story, at a time, that when your husband appointed the actress, Nkiru Sylvanus, as a special adviser, you were sidelined and you fought the appointment. How did you handle that?

Nneoma:
Nkiru Sylvanus, till tomorrow, is my daughter. People just talk and like I always tell people, they have the right to talk. For you to bother yourself about all these hearsays is not healthy.

This is a young woman that can walk into my bedroom if she comes to Government House today. So, it’s our understanding as a people and the way some of our people think.
Nkiru wasn’t the only female my husband appointed; some of them are old enough to be my older sisters. If you’re a public figure, people must talk about you; that was how they also said that my husband once slapped me and I fainted.

There was a time someone came to my house in Jos, an older person. That was when my husband just started politics. She said, “Do you mean you have your biological children?” She said so because there was a rumour that I didn’t have children and that was why Rochas was adopting kids and building schools to train them!"

Nneoma:
I don’t consider myself as a fashionista. I just try to look nice, simple and comfortable.

Q:Are you in for jewellery? Gold or diamonds?

Nneoma:
"Jewellery? That will come when it will come. As you can see, I’m wearing a costume; it’s not a diamond. I believe (in) first thing first. If anyone tells you I don’t believe in those things, the person is right. That doesn’t mean I don’t wear jewellery but there is time for everything."