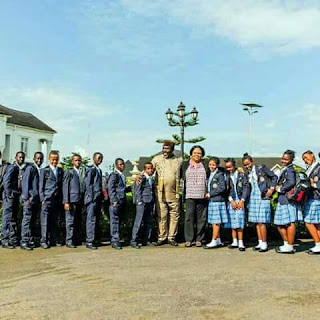 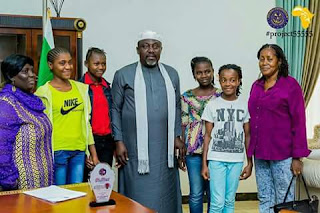 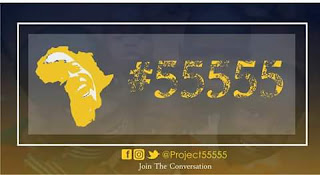 Rochas Foundation College was established in the year 1998. The foundations primary objectives is to see for the educational needs of the children of the members of our society who can not afford access to education and this comes at no cost.

The Rochas Foundation Colleges are located in Owerri, Ibadan, Jos, Kano, Ogboko. From an initial no of five colleges spread across the country, Rochas Foundation have established more colleges in Ogun State, Bauchi, State and many more states of the federation in its bid to cover more states in the country so as to accommodate more children of the poor in Nigeria and giving their lives meaning through provision of free and qualitative education.

With the establishment of new Rochas Foundation Colleges in Sokoto, Zaria, Calabar, Enugu, Bauchi and Yola, the Rochas Foundation will be catering for the educational needs of over 20,000 poor children annually nationwide.

At the moment, Rochas Foundation have graduated about 13,000 from its various colleges spread across the country. About 4000 of this population are already graduates and professionals working in various sectors of the Nigerian economy, many more just graduated, while the others are still undergraduates studying both within and outside the country, courtesy of the Foundation.

Having done so well in empowering the children of the poor through provision of quality education across the Nigeria nation, the Rochas Foundation has now decided to expand outside the shores of the country to make Nigeria's neighboring countries and members of the African continent benefit in the benevolence and philanthropy of its Founder and President Owelle Rochas Okorocha thus the birth of the Rochas Foundation College of Africa Owerri, IMO State which will now cater for the Educational needs of 5 Children of the poor from 55 African Countries as the initial  beneficiaries in commemoration of the 55years of its Founder and President Owelle Rochas Anayo Okorocha thus the inauguration of the #Project55555.

Rochas Foundation College of Africa #Project55.5.55 that Say's every African kid deserves a right to free and qualitative education and will be formally unveiled this September, 2017 in the Eastern Heartland of Owerri, the capital city of Imo state during the 55years birthday celebration of H/E Owelle Rochas Okorocha.

Its on Record that the 4000 graduates of the Foundation have gone ahead to form the Rochas Foundation Old Students Association (ROFOSA). This month, the #Project55555 will be born with the inaugural 275 students of Rochas Foundation College of Africa who have already stormed Owerri in high spirit to acquire education free of charge. They will be shown solidarity and love during the launch by the 4,000 members of ROFOSA and over 10,000 current students of the Foundation who will be storming Owerri, the IMO State Capital for the 55th birthday celebration of their adopted father in whom they are well pleased, Owelle Dr. Rochas Anayo Okorocha OON their founder and President of Rochas who incidentally is the Governor of Imo state and the Chairman of the APC Governor's Forum.

To the over 13000 beneficiaries of the Rochas Foundation Colleges, the launch of this #Project55555 is a perfect time to celebrate
this African Champion of Free Education as the one and only undisputed Grand Commander of Free Education in Africa, a feat nobody other than Owelle Rochas Okorocha has achieved.