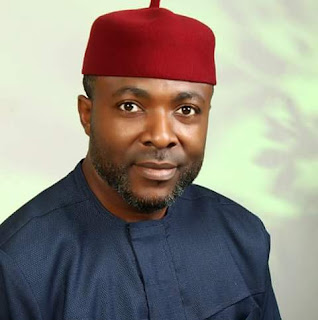 To God be the glory.
I present to you nma si na Imo puta - Beauty of Imo. He is  Distinguished Personality of the Year Award Winner at Face of Arise Afrika Awards 2017 Hon Barr Kennedy Ibeh.