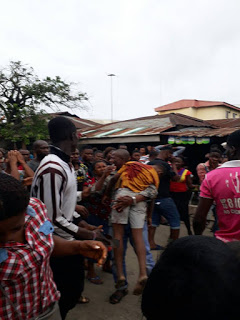 A boy has reportedly been shot and killed while others sustained injuries in a clash between the security men of Imo State Government that is demolishing the EkeUkwu (a.k.a EkeOnuwa) market located along Douglas road in Owerri municipal. 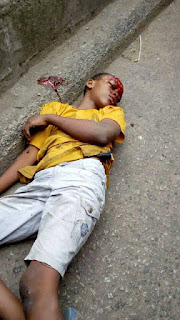 Security men accompanying the bulldozers at work were said to have opened fire on people who were protesting the demolition that have been widely condemned by most common people of Owerri.
The protesters were said to be stoning the armed policemen when the police opened fire that led to the killing of the boy.

As at the time of gathering this report, the planned demolition of the most popular market in Owerri, the Imo State capital known as  or EkeOnuwa market was on the way. The demolition had been on the agenda of the Imo State governor, Rochas Okorocha, for more than a year now.

The government had served the traders and other occupants of the market a quit notice to leave the area but most people chose to defy the instructions of the governor. Some youths reportedly staged a vigil of burning tyres last night to desuade the demolition of the market.