on July 26, 2017
AS CALL -IN-PROGRAMME: HEART OF THE MATTER becomes more exciting


The 2017 edition of the Face of Arise Afrika Beauty Pageant gained a step further in its media publicity when the organizers of the show led by the CEO of Sommies/ Publisher of  Arise Afrika Magazine, Mr IK Anyanwu, paid a visit to MyRadio FM Station located at Akabo Owerri, where they spoke for one hour, educating and informing listerners on what to expect in the grand pageantry show that will be hitting Owerri 29th of July 2017.  This is the second week of their Radio Tour which has seen them go from Rhema FM, Orient FM, Hotfm, Zanders and most media houses in the southeast.

Callers from different Abia, Rivers, Akwa-Ibo, Jos and other parts of the country found the information given concerning the pageants and awards as very interesting and made commitments to attend.
In the studio today were Mr Ik Anyanwu Founder Global Circle of Friends Network, CEO Sommies Ltd/Arise Afrika, Mr IOC Walter CEO E-World Entertainment and front line gospel music personality who took time to share the vision of the pageant, goals, challenges and what to expect at the grand finale on 29th July 2017 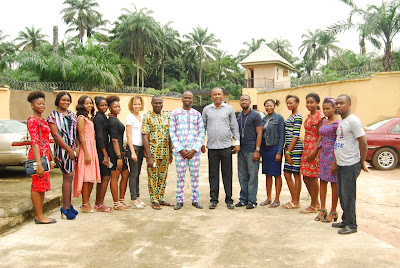 According to the discussants, the pageantry is on of its kind as it has been designed ti bequeath on the contestants relevant skills that will make them self sustaining while exposing them to wonderful places in the country where holiday and week end trips as well as camping and picnicking have already been planned to happen in the next couple of days. Some of the contestants including Chioma Usman, Blessing Amadi, Okoro Precious, Ruben Rita, Chioma Ndubuexe, Chinonso Okoroji, MaryCynthia Mbadiwe, Anneth Anyanwu, William Grace all spoke today to the the wide listening public attested to haven learn t the art of bead making, make-up artistry, ankara shoes and hang bags and several other crafts as provisional training in the build up to the D-Day and pledged to use what this pageant had taught them to impact the society. High pint of today's session was the delivery of  a melodious song by Precious Okoro. The contestants also responded to  what they would do if they become Face of Arise Africa? who is their role model?  and other test questions. 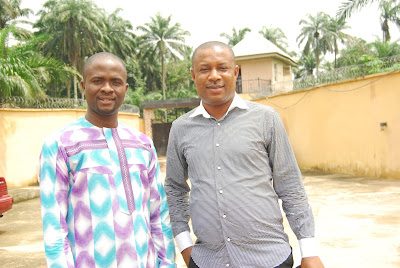 The crew and contestants later had a brief chat with Amb Uche Ogbuagu, the Founder/CEO of MyRadio FM and later snap photos with the management of MyRadio Fm who promised to partner with Arise Afrika in raising the beautiful continent of Africa.
The event comes up in the next 48 Hours at Benchmark Hotels by 3pm and promises to be an exciting tim