One on One with Klasikal Chinedu: Keep Hope Alive 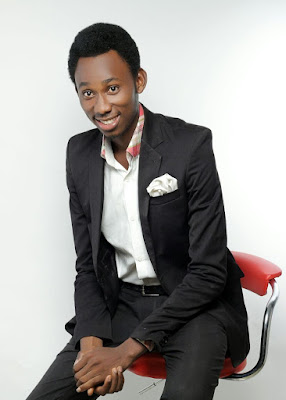 Tell us about yourself, family backgrond and education?
I am Klasikal Chinedu Okoro, Jack of all trades,  master of almost all!  By God's grace a comedian, compere/Mc, Actor, Model, On-Air Personality and writer. First son of family of 7(2parents still alive Sir & Lady Gibson Okoro KSJ and 5 children; 3boys &2 girls) from Dim na numerous Is in Nwangele Local Government Area of Imo State. Kinda very comfortable educated and Anglican background. Finished from Living Word Academy Secondary Aba in 2009 got admission in Federal University of Technology Owerri in 2011 then graduated in 2015. Awaiting yputh service... 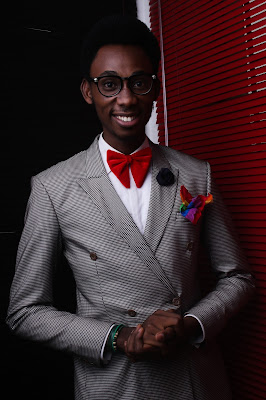 Klasikal is becoming a leading name, tell us how the journey began?
Leading Cha!  😂😂
Hmmmm that's a heavy one... Well I thank God.. I've not gotten there yet but we thank God for where we are now... The journey!... Well way back in primary school I remember acting the lead role in the only drama that qualified for presentation at the annual graduation and prize giving day. We received an awesome standing and clapping ovation after the presentation then at Carol P Schools Aba, I started 'jesting' as my father would call comedy then in JS3 SS1. I was actually creating scenes and seeking attention in class causing uproars and noise,i was just a bit popular in school then,  for nothing and my grades were being affected but I was enjoying myself  that's why it's called passion.  I was warned many times, flogged, scolded, threatened but I didn't know when I'll go back again and continue. My dad once suspended me from school himself not the school authorities o! after grounding and many other schemes didn't work. I was just being happy making people happy, I sometimes shared handkerchiefs or biscuits or sweets in class as my fan base grew!  😂😂I graduated from secondary school and spent one year at home waiting for jamb but I wasn't idle as that was the same year I climbed my first stage for stand up comedy! 2009/10, there weren't much in attendance but I was loved by all.  This was the same year the event planning part of me started with me organising and planning events, programs, impact seminars and event shows of different calibres. I got to the University and I wasn't sure whether to be a good boy or not but with time I got to know that the University Was The best place to grow and nurture a life, talent or brand so I took off, took FUTO by storm, I was virtually everywhere hosting events, red-carpets,birthdays, programs ,sendforths,  hall week,  social nights, I was always holding the mic,  I was very very popular! I started a mini magazine that trended a whole lot 'RUMOURS' that was carrying the truth about every single trending information in school, I later ran for political positions, I was a model tutor and trainer for both male and females,catwalk instructor for a very long time, judged pageants Was The number one anchor man in FUTO then,,,Infact all these was within my 2nd to 4th year and that was it!  Everyone knew me Including lecturers and professors. I was doing the radio thingy with the school radio transmission for sometime and then I moved to Zanders FM owerri where I got more popularity with my famous show 'Dream Mornings' before I moved to Rhema FM aba in October last year, am still there.

You drew an impressive crowd during your last Hilarious Banquet show, what's making it happen for you?

Ahhhh it's God o!  No one else!  Me myself I can't even say how come.... I just know Im taking my time to create a brand in the city of aba and the people obviously love the entire packaging so they came out en masse to show support and also see what I have to offer besides #TheHilariousBanquet was actually an exclusive black-tie comedy event that was happening for the first time in aba so I was not just carving a niche or setting a standard, I was also creating history! I had a good team who bought the vision and without a single sponsor sef we scaled through. But since God actually performed some serious magic there

What else do you do apart from comedy?
Acting has also been an integral part of my life that's why my comedy performances are always like a movie, I was also in the drama team ofy church in school and at home always causing trouble cos whenever am around roles are not auditioned for, they just say,  ''Klasikal take the lead role, Oya choose who acts with you'' like am a king Kong! One of the movies I acted a lead role in 'TEST'  a Whispers Production last year went up for nominations in the AMVCAs short fiction category, I was in calabar late last year for another epic movie but it's not yet out, I should be in Lagos by the end of this month for another one. So the journey so far has been really interesting if I must say but truth be told we are still on the ladder, I can't even say I've arrived yet but we are grateful for thus far...

How would you want Klasikal to be remebered?
So you saying leading name... Hmmmm I'm glad I'm being seen as such but there's more work to be done I want KLASIKAL to be a household name! A name that just put smiles on faces,  a name that creates happiness

What is the secret to your success today?
Ahhhh it's God o!  No one else!  Me myself I can't even say how come.... I just know Im taking my time to create a brand in the city of aba and the people obviously love the entire packaging so they came out en masse to show support and also see what I have to offer besides #TheHilariousBanquet was actually an exclusive black-tie comedy event that was happening for the first time in aba so I was not just carving a niche or setting a standard, I was also creating history! I had a good team who bought the vision and without a single sponsor sef we scaled through. But since God actually performed some serious magic there😂😂
But if I'm to tell you the secret am not sure it will still remembers a secret nau! Check it na! 😎😎 well my secret surprisingly was actually 'FAITH' yes faith, I had serious faith about a lot of things that eventually happened in my event.  Faith makes things alot more easier I must confess.  I had faith that it was going to be the bomb and yes it was the bomb!


....it will still remain a secret

Where's the future of the entertainment Industry for the youths?
The future is actually in our own hands o. I mean we are all asking this question and answering it. yes us! It  is in our own hands. Its what we do now that determines hoe far we go and what we'll hand over to the next generation. The future is really really bright I must say.

How do you combine career, family and social life?

How do I combine? Ehmm. Its easy somehow and not really easy sometimes. Just a time factor something and priority stuff. Work could be stressful at times and family is calling and career/business is waiting. To an extent I just make sure all the parties involved understand my schedule that's all. I try my best to be in the right place at the right time.  I also plan my day most times a night before, it gives me an itinerary to work with.

What projects are you currently working on?
As soon as my event ended last month April, preparations began for the next edition for next year, also we are working on a comedy campus tour for last year say maybe August or September that should be cut across 12 or more campuses with some very notable comedians and surprise celebrities. We have anothe project for Christmas season but its not yet time to let the cat out of the bag.

What message do you have for your fans?
My fans? Special thanks you to them first of all for standing ans still beleiging in my brand. Its not easy to have people who just look out for you! Am priviledge to have them. Then I'll just say to them
"Keep Hope alive" find that thing you love and keep doing it and Keep God very close. H is always watching and will reward in due time.


Thanks for your time... Looking forward more of those ribs cracking jokes at Face of Arise Afrika Pageant/Awards   29th July At BenchMark Hotels Owerri.
ENTERTAINMENT