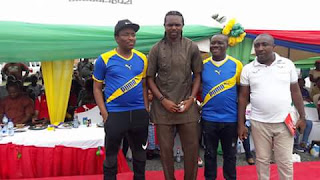 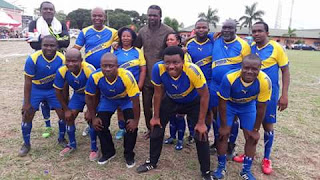 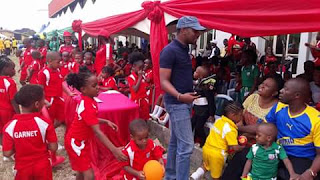 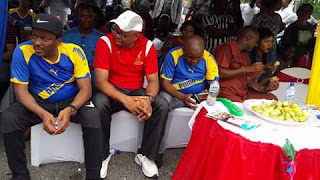 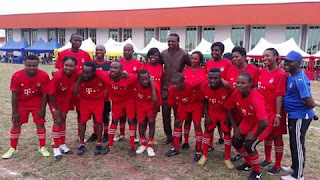 According to Gift Okedinma it was celebration galore all through today, as mountain crest schools held her maiden edition of sports fiesta and exhibition at Orient TV premises, Owerri.

Students of the school exhibited different forms of sporting talents amidst applause and celebration by the mammoth crowd of people /spectators, predominantly their parents who not only graced the event but were there live to cheer their children up.

Former super eagles striker and African footballer of the year, Mr Kanu Christian Nwosu Nwankwo (PAPILO) was the special guest of Honour while the Deputy Speaker IMO state House of Assembly, Hon. Ozurigbo Ugonna was the chairman of the occasion.

Imo state ministry of Youths and sports, including ministry of Education sent special team of delegations to fish out young talents that could represent the state in the upcoming National children sports competition which will soon kick-off in the country.

There were other side attractions in the event such as the male and female 100 mitres race competition by some  parents of the students, including the Novelty match football competition between Mountain Crest School parents and Mountain Crest School Staff. The match was decided by a penalty shootout as the MCS parents got the better side of MCS staff by defeating them 3 goals against 1.

The Honourable member representing Okigwe south in the Federal House of Reps, Hon. Deacon Chike Okafor, whose wife Mrs Akudo Okafor is the Executive Director of Mountain Crest School, didn't just participated in the program today, he was a formidable force in the field of play as his parents team whitewashed the staff opponent 3 goals to 1 through the lottery of penalty.

The event witnessed so many People and personalities, including politicians, Bankers, Business class, Scholars, among others.