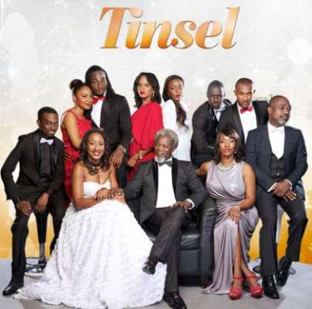 The show’s 1000th episode was aired on May 23, 2013, and for nine years it has continued to introduce talented actors to its Nigerian audience. It has created remarkable characters such as Shalewa, Phillip Ade-Williams, Soji, Brenda, Chuks, Titi K and Sheila.
The youngest actors to have featured on Tinsel came on board as 2-week old babies, and both are still acting on the show. They are Nathaniel Omene who plays Tochi (Amaka Ade-Williams’ Child) and Abiola Bayode who plays Amarachi Obi (Chuks’ and Ene’s daughter) in the series. The oldest actor is Taiwo Ajai Lycett, a 76-year-old veteran actor, who plays Sheila’s mother on the show. Other casts in Tinsel include: Ireti Doyle, Gideon Okeke, Linda Ejiofor, Gbenro Ajibade,and Bimbo Manuel, among others.
ENTERTAINMENT