Do you know how to make money in the new economy? Strive Masiyiawa 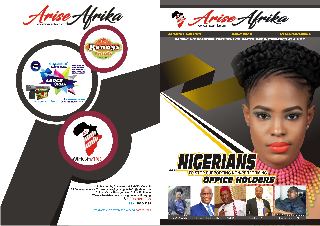 Do you know how to make money in the new economy?
It's kid stuff!
By STRIVE MASIYIWA

The other day a dear friend of ours dropped by our home in South Africa. Her 14-year old son was born about the same time as our youngest daughter, and they went to kindergarten together. I will call him "John" for the sake of this little story, which is otherwise all true.

"John is quite an entrepreneur," his mother began proudly. Well, naturally all mothers are proud of their kids, so why should she be any different?

Anyway, she continued:  "Sometimes he makes up to R5,000 building social media profiles, and selling them."

"He recently negotiated a deal for a certain type of toy from India, to supply customers in South Africa"

"Well, he goes on the Internet and does research on products and prices, and finds the cheapest sources for things like cricket bats, and other things that kids like," she said.

"Recently he found some very unusual sneakers that all the kids wanted, and he bought them, and resold them immediately for twice the price."

"You are talking about John, and not his dad?" I asked quietly, just to be sure.

"John sometimes asks his dad to represent him, when he needs an adult."

"Look, John isn't the only kid out there who knows how to make money from the Internet."

And at that point, I burst out laughing: "On that point you're right! Joe Gebbia, Brian Chesky, Nathan Blecharczyk (Airbnb co-founders); Evan Spiegel, Reggie Brown and Bobby Murphy (Snapchat co-founders) and of course, Mark Zuckerberg!" I exclaimed.

"These guys are just kids when compared to people like me. And yet they have already built businesses that are bigger than the GDP of most African countries!"

But here's the most exciting "take away":

"John" is an African child. Just like Anesi, and his brother, Osine, from Nigeria who I wrote about in 2015. Remember them? The kids who built a browser before they were even teenagers?

This means that the next Zuckerberg is probably living in your house, toddling around already playing with Lego and maybe imagining robots or beyond!

In my own home, our youngest daughter does all the "tech stuff"! When our guys finished the Kwese.com website, I called her over and said, "Is this any good?"

She went into the corner and said, "Pretty cool, but I would change this and this."

"Let me get my notebook, baby."

"I will charge you!" she laughed.

I asked a simple question: "Do you really know how to make money in the new economy?"

In the new economy, it will be about our ability to let go of old mindsets about wealth, and wealth creation. We must not only equip our kids; we must trust them with our very future.

At the end of this week, do a little review and examine what you did with your smartphone:

Which websites did you visit, and why?

__If it was primarily social, then either change your habits, or you will work for "John" one day... (And that might not be so bad, because at least you will have a job.)

In all the things you do on the Internet, did any make you money, develop your career or kick start your business venture?

Let's get to work!  We have a continent to change... Fast!