Arnold Schwarzenegger opens up about affair: 'It's always easy to be smart in hindsight' 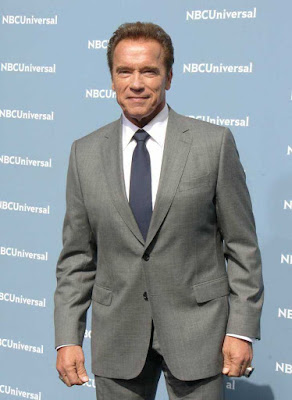 In 2011, Arnold Schwarzenegger was the talk of the town and his face was plastered all over magazines after it was revealed that he fathered a child outside of his marriage with the family housekeeper.

The former California Governor  admits he still thinks about the affair "every so often."

The "Apprentice" host chatted with Men's Journal for the April issue about the affair that broke up his 25-year marriage to Maria Shriver.

"And I can beat myself up as much as I want. It's not gonna change the situation," he said. "So the key thing is, how do you move forward? How do you have a great relationship with your kids?"

Arnold and Maria have four children together, but despite splitting in 2011, they still have yet to formally divorce -- nor do they seem to be in any kind of hurry. 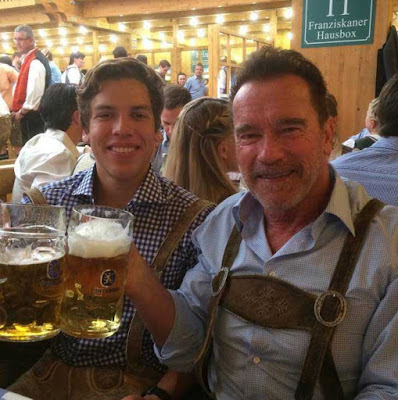 "You can't go back," Schwarzenegger continued. "If I could, in reality, be 'Terminator,' of course I would go back in time and would say, 'Arnold?...no.'? You know, it's always easy to be smart in hindsight. That's not the way it works."

It took time, but Arnold has repaired his relationship with the kids he shares with Maria, as well as his newfound son, Joseph Baena, who is now 19 years old. Joseph, it was revealed, only found out the identify of his father in 2010 when he was 12 years old.
Arnold Schwarzenegger and son Joseph Baena

Last October, Arnold took to Twitter to praise his teenage son on his birthday.

In an interview with "60 Minutes" in 2012, Arnold was contrite while speaking about the affair and his children.

"If you would have asked me 10 years ago, five years ago, two years ago, what is the most important thing in my life, I would tell you over and over, it's my marriage, it's my family," he said. "So the thing that really meant the most to me kind of fell apart because of my doing. That is something that I will always look back and say, 'How could you have done that?