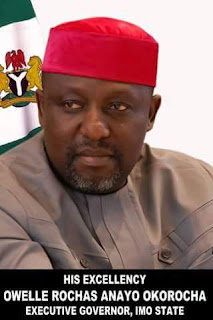 The Register/Chief Executive of the Joint Admissions and Matriculation Board (Jamb) Prof, Is-had Olayede, has said that Imo State has been on top of the board’s application since 2012.
Prof Olayode spoke yesterday in Owerri, the Imo State capital when he visited Governor Rochas with his team.
The Jamb Chief, who was in the state for the boards second Technical committee meeting for the admission to tertiary institutions noted that in 2012, Imo Stat had 123,865 applications to stay on top of the table, followed by Delta State with 88,876
He recalled that in 2013, the state recorded 134,610 followed by Delta State again with 101610 applications
Oloyede said Imo State, last year recorded 104,382 applications to maintain first position while Delta State came second with 78,856 application.


This year, the JAMB chief said that Imo State got 104,383 followed by Delta with 78,854
The Jamb registrar regretted that despite the developments, Imo State has only three universities while Ogun and Osun states had 14 and eight,
Oluyede said the state did not have sufficient number of universities to accommodate its multitudes of candidates.
The JAMB chief said the state’s free education programme might be the reason for its unbeatable record in JAMB applications in the last five years.
HE urged Okorocha to encourage the establishment of private universities in the state. Okorocha assured that the state would sustain its free education programme  at all cost. Adding that more resources would be provided for the sector.
Gist