An Illustrious son on Okigwe Zone Mr. Ikechukwu Anyanwu – the Publisher of Arise Afrika has urged the youths to become agents of change. This call came during the Unveiling of Arise Afrika magazine on the 26th November 2016  at Rock view Hotels Owerri.

It was feverish joy as Owerri Eastern heartland played host to this great event. The event has changed the economic atmosphere of Imo State in a dynamic was as Arise Afrika at the forum marshaled out strategies to empower Nigerian youths with skills that would guarantee their financial and social freedom.
Ik Anyanwu urged South East youths to be agents of Change as Arise Afrika was unveiled last Saturday.


The leadership blogger, event / media Consultant  and Human Resources Specialist, made the call during  at the Unveiling.   He called on the  youths to become self reliant instead of  looking for white collar jobs. This is coming at the heels of the official launch of Arise Afrika Magazine  as  youths from the south east gathered to lend their support towards the success of the event which will  attracted  participation of high profile guests, from across the south east. 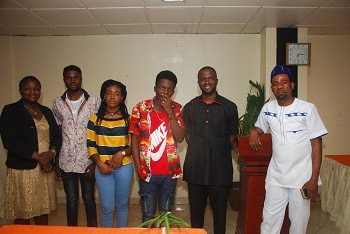 This was revealed at the heels of the event where participants were taught and shown several opportunities that abound today in Globalization and in the Social Media. How they can become social entrepreneurs and commercialize their activities of Facebook, Twitter and other social media platforms.
Hon Engr Chidi Ibeh, Honourable Commissioner of Commerce and Industry flagged off the event after enlightening the youths of opportunities that abounds and the policies which the Government has put in place to ensure that youths are empowered. He told the people of Loans which the is being made accessible to the youths in line with the vision of Rescue Mission Government to empower the youths.
Speakers at the event include: Rev Dr Bunmi Babs, Mr. Kenneth Obiakor – Founder Leadership Development Foundation, Dr Mercy Ogbodo, Prince Royal , Pastor Chima, Dr Linus Okorie, Hon Prince Odunze, Simple Ugorji ( Watchout for details of their lectures on next edition of Arise Afrika)
It was reported that His Excellency, the Governor of Imo State , His Excellency Owelle Rochas Okorocha was the Special Guest of Honour, Bro Emma Okorie – Chancellor Rhema University/ President Living Word Ministries was the Father of the day and High Chief Emeka Inyama- Chairman Abia Warriors Football Club was the Chairman of the Occasion.
Other dignitaries include: Nze Tonnex Chukwu, Prof Mrs Adaobi Obasi – VC Imo State University ably represented by Hon Chris Aguibe, Pastor Chima ,  Dr Mercy Ogbodo, Kenneth Obiakor, Austin Okoro – Editor African Herald Newspaper, Ms Sarah Emeghara of National Question,  Central News, Prince Royal – President of Imo Association of Imo Entertainers/Ceo Royal Prince Movies ,  Chigozie Okala CEO eletism6 blog,  Hon Obinna Ezefule – Principal Officer to the Governor on Students Affairs, Kayce Iheme PA to Chief of Staff on student Affairs, Chet Chux-Amaechi not less than 50 youths selected from various institutions were present at the event.
In a press release, Mr. Anyanwu stated that “there are many publications out there but Arise Afrika Magazine is one with distinction in all areas as it is founded on a vision”
In keeping with our pact to use everything at our disposal to advance intellectual growth and advancement of our people. We have began this project. Our vision is to “Redefine Africans to the World” while our mission is to “Raise the beautiful continent of Africa one information at a time”

The response of the people was overwhelming. We had a fashion show, depicting our rich cultural heritages . The event theme: Power of Vision & Enterprise brought awakening to the youths.
·         Need for youths to realize that they are catalyst for a new lasting positive socio-economic change
·          Sexual Harrassments: You can stop it
The Publisher of Arise Afrika revealed that they are set to reposition Imo as the investment destination and tourism junction of the nation with their Mr & Miss Tourism Imsu beauty pageant and called on sponsors to indentify with this great project which was well promoted on the magazine.
The magazine featured articles from Prof Chidi Osuagwu, Prof BEB Nwoke, Dr Mac Ginger Ibeneme, Prof Mrs Adaobi Obasi, Profile on Rt Hon Ugonna Ozuruigbo (Enyioha) , Citation of Chief (Dr) Emmanuel Iwuanyanwu (Ahaejiagamba), His Grace, the Most Rev. Prof Daddy Hezekiah, Rev Fr Prof Philip Ogbonna and Bro Emma Okorie.
Imo @ 40 Honour List, Photo News, Coronation Ceremony of HRH Igwe Ezenwa Anyanwu – Eze Igbo 2 of Karu Fct Abuja, Leadership Capital Balance by Dr Linus Okorie, Imo Carnival Loading, Imo Student Leadership Summit,
And other interesting articles.
Subscribe or order for your copy of the Magazine Now!!
Please Call: 08037512288
Gist