OKIGWE ZONE WORDS ON MARBLE: NEWS FLASH BACK during the 2015 Elections 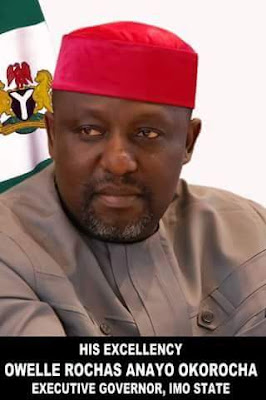 South East Youths Front liners a pressure group instituted for advancement of positive causes of the south eastern youths has declared their unflinching support for all the progressives  who had brought significant and visible achievements in the Okigwe Zone  so far.

In a large turnout of statesmen, community leader and youths from Okigwe zone they endorsed the APC candidates. The group  predicted  that APC will have a landslide victory at the polls due to the good works of Governor Rochas Okorocha because there is need for continuity in the transformation of imo state. “ Owelle has been given our mandate to continue to steer the affairs of this state and anyone that aligns with him in this infrastructural, socioeconomic and massive economic investment will not be let down by us at all. We have chosen His Excellency Owelle Anayo Rochas Okorocha for Governor, RT HON Ben Uwajimogu for Okigwe Senatorial Seat and Hon Chike Okafor for Federal House of Reps. They will have our total support and the power of our synergy and network in Imo State”


In similar vein, the CEO Sommies  Ltd Mr. Anyanwu commended the works of His Excellency Owelle Anayo Okorocha’s administration, the tremendous  road projects, Hospitals at all the LGA in Imo state, agricultural developments, improving the standards of education , offering free education from primary to university level, revitalizing the avutu poultry, Obowu markets   to mention but a few. To enumerate his achievements is a story for another day.
" The successes and giant strides of this administration is quite glaring for all to see the
difference between darkness and light. He has touched countless lives in several ways and it is a purpose driven administration despite  and will always get the support of the people. Na Rochas,Uwajumogu, ChikeOkafor WE KNOW!"

Speaking  at Okigwe Zone rally the south East Youths front liner leader in Imo State and publisher of Okigwe Digest, Arise Afrka Magazine,  also said that All progressive Congress (APC) would use this 2015 election to show their gratitude and unflinching support to Governor Rochas for a job well done in Imo State. He said from the Presiden­tial to National and State As­semblies elections that would take place in the state, APC would have a landslide victory.
The group urged the people to vote overwhelmingly for Major General Buhari and all the candidates of APC.
Speaking at the campaign ground, “Election in Imo state is for APC. We shall vote 100 per cent for the People’s Governor so that he will continue his good works in this state and all the candidates of APC.”