…AGREE TO WORK TOGETHER FOR PROGRESS

Wives of South-East governors and a good number of prominent Women Leaders from the geo-political zone have ended their meeting in Owerri, Imo State and agreed to work together for the progress of the South-East people in particular and Nigeria in general, stating too that their coming together was also to compliment the effort of their men counterparts who had earlier met in Owerri for the same goal of uniting for development and growth of the zone. 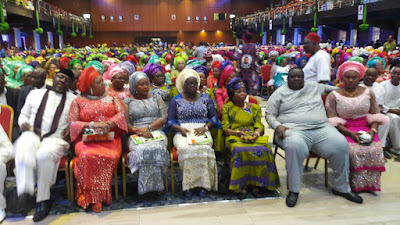 Governor Rochas Okorocha, Chief Emmanuel Iwuanyawu, Chief Chukwuemeka Ezeife, and Chief Jim Nwobodo who was the chairman of the event were equally in attendance to encourage the women. 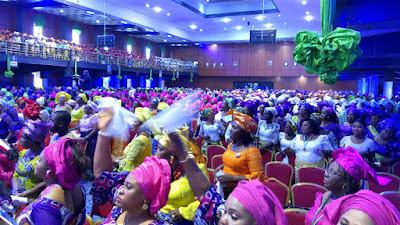 According to Mrs. Okorocha, they didn’t gather for politics and that was why women across the political divides and even outside the political box were all in attendance, remarking that they have resolved to get it right by taking up roles as mothers, adding that their own contributions would complement those of the men.

Her words, “Whatever a women does not nurture will die. Hence, we have met and agreed to go back to the drawing board to get the whole thing right. The essence of our gathering is to take the bull by the horn. Time has come for the women in the South-East to sing the song of Unity. Igbo women must unite for progress”.

The men who came to encourage the women also spoke one after the other and also agreed that the Igbos could no longer afford to be divided, with Governor Okorocha stating that with the initiative by such women of substance from Igboland agreeing to work together could be taken as an indication that there is now light at the dark end of the tunnel for Ndi-Igbo. 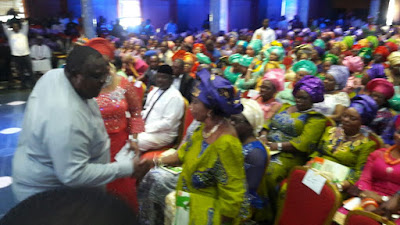 Governor Okorocha noted, “The meeting of these great Igbo women is the main meeting. It is a thing of joy to see prominent Igbo women converging on how to make their own contributions towards shaping the Igbo nation for good. Indeed, Nigeria is waiting for Ndi-Igbo. Africa is also waiting for Ndi-Igbo, and by the grace of God Ndi-Igbo will live upto expectations”.

He continued, “This might as well be the time we have all been waiting for as Igbo nation. We the men have tried, we are still battling and battling with our conjured situation, maybe this is the way out, hear not what has happened yesterday, I can see light in the dark end of the tunnel for Ndi-Igbo”.

For him “The August Meeting which is taking a new dimension, courtesy of the first ladies of the South-East is highly commendable. On our own part as your sons, brothers and husbands, we are making out little effort with our governor brothers and leaders from the South-East to see how we can move the Igbo nation forward, let me say to all of you, there is nothing a man can do without a good woman behind him, she me a successful man, right at his back is a great woman”.

The governor had earlier received the women on courtesy call at the Government House where he told them to sustain the momentum of the spirit of unity fired in them at the moment.

In his brief remark, chairman of the event, Chief Nwobodo said it was a good development that both Igbo men and Igbo women have not only seen the need to unite but have all agreed to unite, adding that once there is unity among Ndi-Igbo other things would naturally follow.

The women had been in Owerri since Tuesday August 30, 2016 when they arrived and had deliberated upto Tuesday night which culminated into the grand finale of the event on Wednesday, August 31, 2016.

Chief Press Secretary to the Governor.