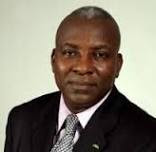 Accolades, encomiums, congratulatory messages showered on Mr Frank Nneji CEO ABC Transport during the courtesy visit of GCFN consult, Arise Afrika to his office to congratulate him for emerging Best Entrepreneur of the year via the people’s choice.

It was voted on the following on www.imo.nigerianeyeonline.com
The group stated that Mr. Frank Nneji has been able to inspire and impact meaningfully in our society. The Publisher of Arise Afrika described Mr. Frank Nneji as  a down to earth man who is always interested in people irrespective of your status. The organizers of the event applaud your giant efforts towards youth empowerment.
The success story of Mr. Frank Nneji is refreshing and scintillating. He is an accomplished job creator, employer of labour, philanthropist who grew his business empire from cradle to become a towering testimony to fruits of hard work.
He is an unassuming trailblazer who many agree is an asset to Imo State and a source of blessing to humanity. For him God comes first, his love for man is unfathomed. Through dint of hardwork and abiding faith in God, he has been able to achieve a lot in life.