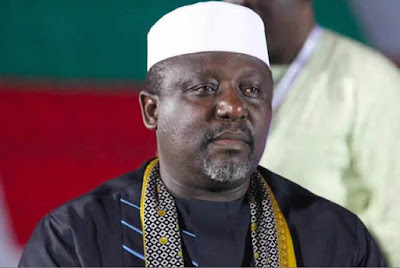 Contrarily to the rumurors and fear  going rounds ,  His Excellency Owelle Anayo Rochas Okorocha, the Exec utive Governor of Imo State has insisted that the three-day working policy crafted by the state government for civil servants in the state stands.

He also said that the cutting of the working days to three from five would have no interference with the workers’ salaries and allowances.

“I will not cut workers’ salaries because of the two days,“ he said.

Okorocha, while briefing journalists on Monday in Owerri after his overseas trip, stated that workers would go to work between Mondays and Wednesdays, leaving Thursdays and Fridays for agricultural activities.

He, however, noted that any worker that would not come to his or her duty post for any reason must get a written document (permission) from either the Head of Service or Chief of Staff (in the Government House) of the state.

Okorocha said, “Any worker, who is not found in his/her duty post without permission or exemption letter from the Head of Service or his counterpart will immediately lose his/her position to another  person from his or her community.”

The governor added that the civil servants working days were cut because they (workers) did not make judicious use of their official hours.

“Instead of being devoted to the work they are paid for, they use their official hours to loiter about; they sell groundnut, gala, chin-chin and sieve egusi, among others, in the office. I decided to reduce the working days because I want to enhance agriculture in the state.”

There is nothing that is cultivated or produced in the state. All the things we eat like tomato, pepper, cucumber, groundnut and others things are produced in the North. Think of a situation where the northerners decide to stop supplying us with these edibles, what happens?”

In strong terms, he maintained that the state government had paid all salaries of workers in the state, up to August, 2016. On the part of pensioners, he promised that they would soon receive all arrears of their pension.

Okorocha said that over 3000 fresh computer literate graduates would soon be employed  in the civil  service to develop the economy.

He regretted that over 95 per cent of Imo State workers were not computer literate and attributed their low productivity to it.

Meanwhile, Okorocha had said that he was hale and hearty and told Imo citizens and Nigerians to dismiss the rumour and postings on the Facebook /Internet that he was dead.

He said, “The rumour only came from my political opponents. They wished me dead, but God Almighty has put them to shame. They even went further to dispel rumours that goddess of Nworie and Otamiri River slapped me. I am alive and bouncing in the Lord. I only travelled for economic mission and to visit my daughter, who has given me another grandson.”