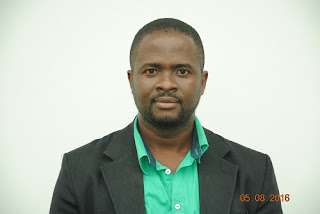 All over the world, performance has remained the brain and desire of all mankind. In search of true leadership and service, this means that everybody will not win at the same time to serve the people. The mandate is expected to hinge on a particular person or group of individuals admistering the affairs of the people in a particular time. Lets us say in a political tenure of 4years, rendering service to his or her people.
Devoid of party leanings and sentiments, the time is now. It is time for all Nigerians to come back to their senses to trace their root and origin to realize that Nigerians are special people created by God. This Article is made real by calling Nigerians to look well to be fair in analysis to access the performances of our past leaders who has held political positions and their various individual and collective service delivery. During elections into contestable seats from Councillorship, Local Government Chairmanship, House of Assembly seat, House of Representatives, Senate, Governor and Presidency. All these are viable political positions that are contestable and has a maximum duration of 4years which is quite sufficient for any person who is a true Nigerian to put in his best to serve his people. Single tenure of 4years is sufficient for persons that want to serve their people, therefore, multiple tenures without performance should be seen as a thing of the past and should be highly discouraged. Let aspirants for various positions see that their past records and assessment will go a long way to determine their re-election chances more specially for elevation to higher positions.

All elective positions should be seen as the vehicle through which our destinies are carried either to a pleasurable destination or we will continue to languish in poor performance of elective officers. Actually, when somebody is elected, he makes his best available and should realize the magic of get it first right approach without looking for second term opportunity to deliver the democratic dividends to his people.

Let people be voted and after one term, if after evaluation, it is not convincing by his performance, achievements and popularity, he is to be voted out. This will go a long way to determine and prepare the minds of those who are intending to contest for positions, to really be sure of themselves before vying for any position knowing fully well that they will not get the second chance if they misuse the first mandate given to them by their people.  If  this measure is well applied and instituted in the mind of the people, as a yardstick to measure political office holders so that bad leadership and corruption in Nigerian will loose its strangulating grip in Nigeria and our politics.