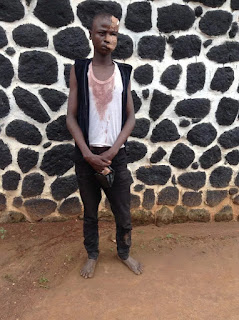 The arrest of one suspected herdsman who partook in the bloody attack on Attakwu community has been announced by the police in Enugu state on Friday, August 26.

The attack reportedly took place on Thursday morning, August 25, the attackers are said to have killed a seminarian of the Catholic Church and several others

Daily Post reports that the herdsmen who were armed to ‘teeth’ invaded and started shooting and maiming anybody in sight.

One of the victims, a seminarian is said to have just returned from his apostolic work.

A community source told newsmen that “they just came early this morning and started killing people.

“There is confusion everywhere now; people are running helter-skelter.”

However, in a statement issued by the Enugu state police command’s spokesman, SP Ebere Amaraizu, said one of the suspects had been apprehended.

According to him, the “Nigeria police force in its resolve towards unmasking those behind the dastardly act perpetrated at Ndiagu Attakwu community of Akegbeugwu in Nkanu West Local Government Area of Enugu state in the early hours of 25/8/16, which left one person dead and four others critically injured, have nabbed a suspect identified as one Umaru Isah from Gusau Zamfara State over his alleged involvement in the incident.

“His arrest came through intelligence information gathered. The said suspect, who claimed that he is 20 years old, revealed that he came in from Gusau Zamfara State to Enugu recently for the purposes of rearing cattle, but has none to rear till now.

“Investigations have commenced in full scale into his nefarious activities with a view to unmasking his gang members so that they can be brought to book.

The state commissioner of police Emmanuel Ojukwu has vowed to unmask all those involved in the dastardly act and bring them to book.”